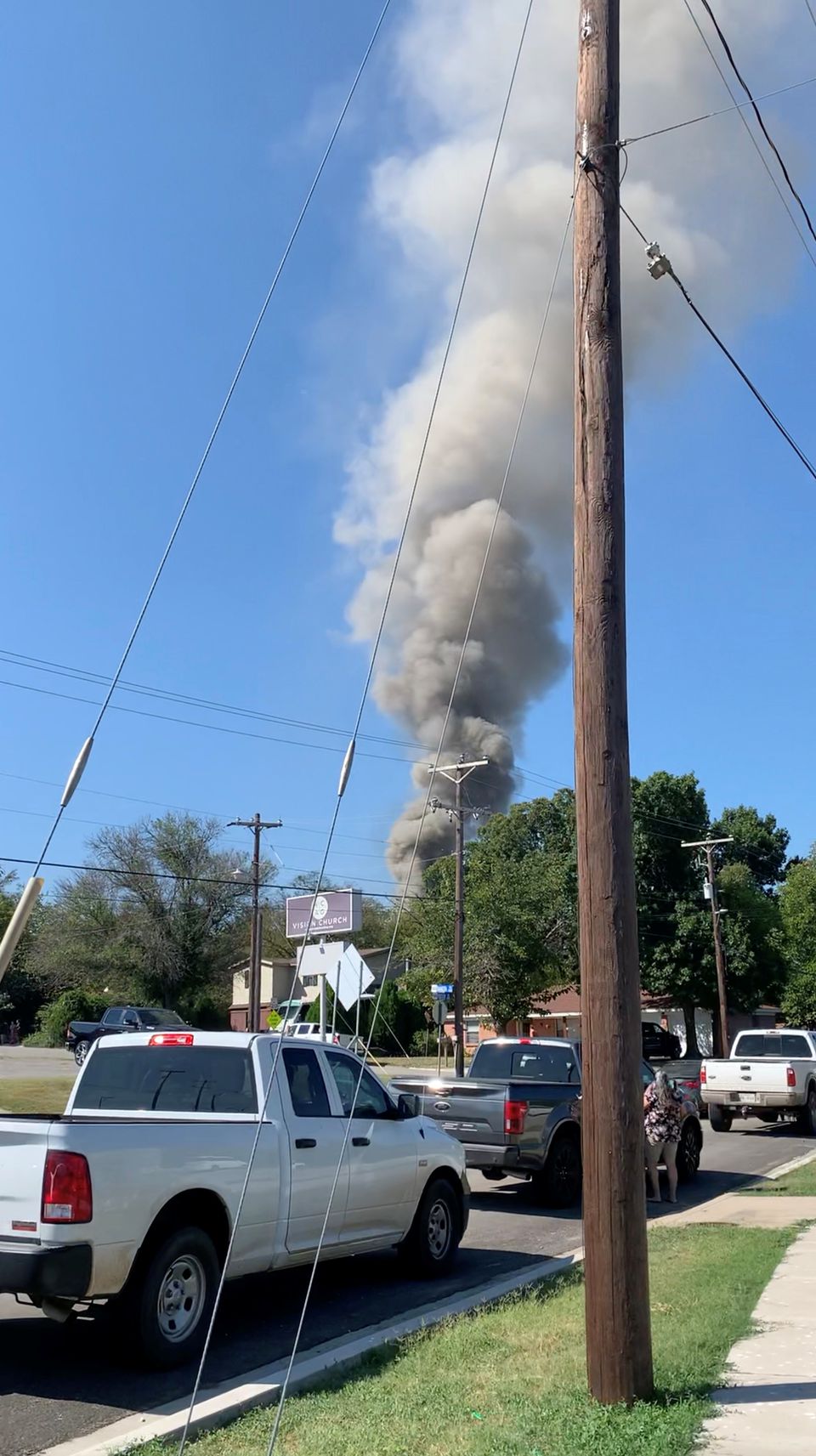 A military training aircraft crashed on Sunday in a residential neighborhood of Lake Worth, Texas, injuring at least two and damaging homes, authorities said.

The aircraft's two pilots were hospitalized after ejecting from the plane, according to Ryan Arthur, chief of Lake Worth's fire department. Lake Worth is located in the Forth Worth metropolitan area in North Texas.

One of the pilot's parachutes became entangled in power lines, police said.

Three homes were damaged but no residents were injured, Arthur said.

"This incident could have been much worse given that this plane went down in a residential area," Arthur told a news conference.