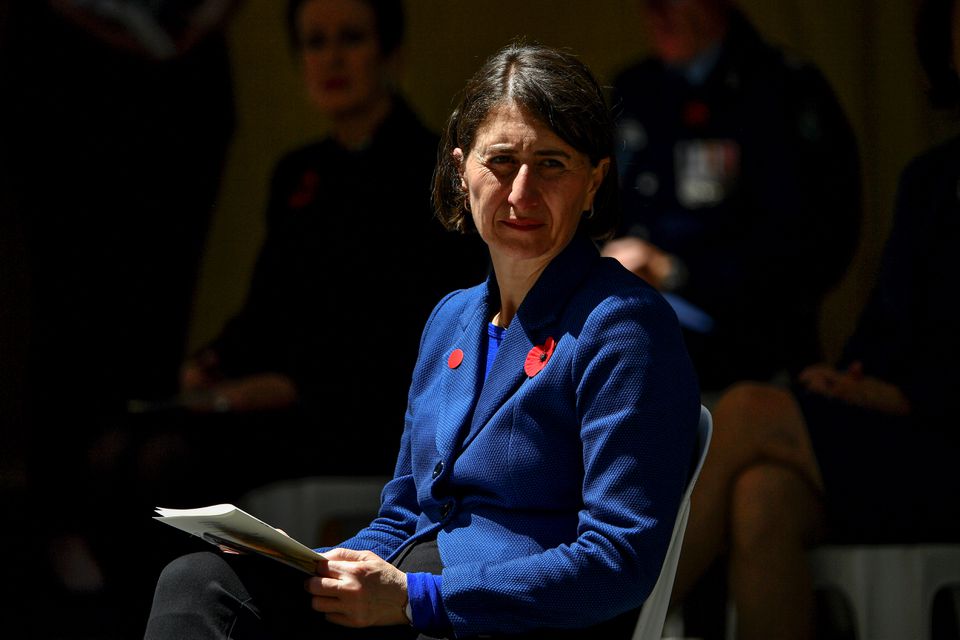 SYDNEY -- The premier of Australia's biggest state economy New South Wales (NSW), Gladys Berejiklian, resigned on Friday after a corruption watchdog said it was investigating whether she was involved in conduct that "constituted or involved a breach of public trust".

Berejiklian's shock resignation comes as the state, which has an economy larger than Singapore, Thailand or Malaysia, battles the biggest COVID-19 outbreak in the country and is poised to begin ending months-long lockdowns as Australia sets to reopen international borders in November.

Berejiklian said the issues being investigated were "historical matters" but she felt compelled to resign because of the long time frames likely to be involved in the investigation. She also said the state needed certainty over its leadership amid the coronavirus pandemic.

"I state categorically I have always acted with the highest level of integrity" she said at a news conference.

The NSW Independent Commission Against Corruption (ICAC) said in a statement on its website that it will hold further public hearings as part of its ongoing investigation, Operation Keppel, on Oct. 18.

That investigation has already heard Berejiklian was once in a secret relationship with a state legislator who is the focus of its corruption investigation.

Berejiklian, who became premier in 2017, had fronted the media on an almost daily basis to announce COVID-19 infection rates, deaths and restrictions on businesses, schools and households as the state battles an outbreak of the Delta variant that began in June.

In the past week daily infection tallies had begun to fall as the state neared an 70 percent vaccination target and greater freedom of movement is expected to be granted in mid-October.

NSW recorded 864 new cases on Friday and 15 deaths, however officials have warned hospitals would face a peak in sick patients throughout October as social restrictions are lifted as the state nears 80 percent vaccination.

Berejiklian is the second NSW premier to resign because of an ICAC investigation. NSW leader Barry O'Farrell quit in 2014 after giving evidence in which he forgot to tell the commission he had accepted a gift of a $3,000 bottle of Grange wine.

Berejiklian said she had told ministers in her government if they were the subject of an integrity investigation they should stand aside until their name was cleared, but in her case, as premier this wasn't an option. She will leave parliament as soon as a by-election can take place.

Prime Minister Scott Morrison said she had "displayed heroic qualities" as premier, while former prime minister Malcolm Turnbull wrote on Twitter that she was a dedicated reformer who had "led the State bravely and tirelessly through the bushfires and the pandemic".

Berejiklian gave evidence at an ICAC hearing 12 months ago, and denied any wrong doing.

ICAC on Friday said the scope of its investigation had widened and includes whether between 2012 and 2018 Berejiklian "engaged in conduct that constituted or involved a breach of public trust by exercising public functions in circumstances where she was in a position of conflict between her public duties and her private interest" as she was in a personal relationship with the then NSW MP Daryl Maguire.

The potential breach involved grant funding promised to community organisations in Maguire's electorate of Wagga Wagga, and whether she failed to report, or encouraged, corrupt conduct by Maguire. Maguire's legal representative declined to comment.

Maguire told the same wide-ranging inquiry last year he had received envelopes full of thousands of dollars in cash at his parliament office as part of a scheme for Chinese nationals to fraudulently acquire visas, and had also tried to make money from his position as chairman of the parliament's Asia Pacific Friendship Group by promoting a series of Chinese business deals in the Pacific islands.