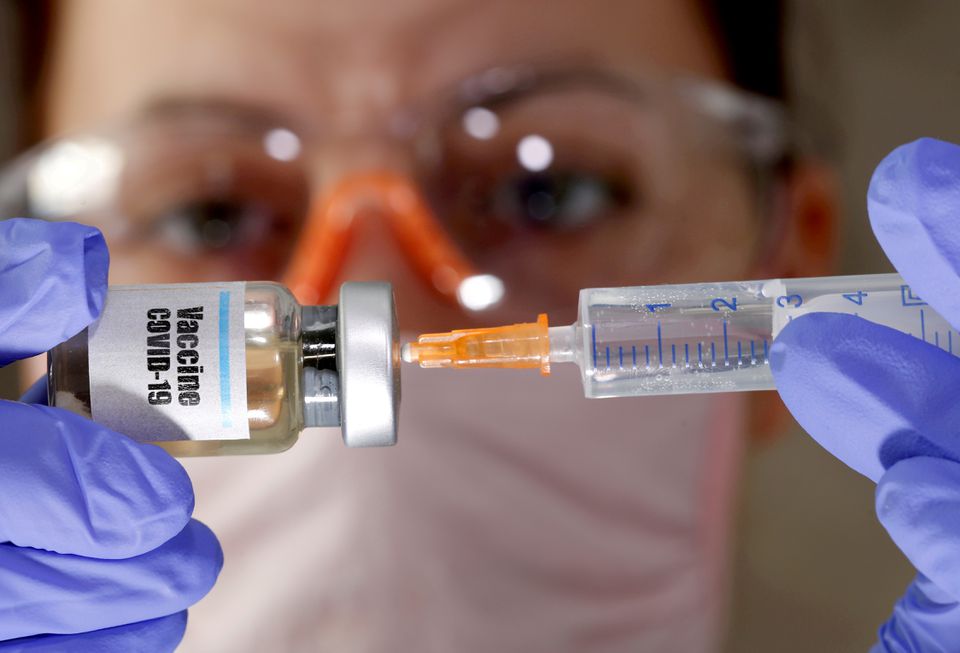 ROME -- Finance and health ministers from the world's 20 biggest economies (G20) said on Friday they would take steps to ensure 70% of the world's population is vaccinated against COVID-19 by mid-2022 and created a task force to fight future pandemics.

They could not reach agreement on a separate financing facility proposed by the United States and Indonesia, but said the task force would explore options for mobilising funds to boost pandemic preparedness, prevention and response.

"To help advance toward the global goals of vaccinating at least 40 percent of the population in all countries by the end of 2021 and 70 percent by mid-2022 ... we will take steps to help boost the supply of vaccines and essential medical products and inputs in developing countries and remove relevant supply and financing constraints," the G20 ministers said in a statement.

The previous goal had eyed vaccinating 70% of the world's population by the autumn of 2022.

The ministers said they were setting up the new body because the COVID-19 pandemic had exposed significant shortcomings in the world’s ability to coordinate its response.

They pledged to support "all collaborative efforts" to provide access to safe, affordable, quality and effective vaccines, therapeutics, diagnostics, and personal protective equipment, particularly in low- and middle-income countries.

To reach the vaccination goals, they said they would work to boost the supply of vaccines and essential medical products and inputs in developing countries, while removing constraints on supply and financing, but gave no specific details.

Global Citizen, an international advocacy group, welcomed the earlier target date, but said the world needed "a battle plan" that mapped out how to get there, greater transparency how many doses were being produced where, when and for whom, and a clear understanding of where there were gaps.

"It's no longer the time for statements of intentions. Now is the time for our leaders to act," said the group's vice president, Friederike Roder.

The ministers also called for boosting the resilience of supply chains through voluntary technology transfer hubs, such as newly established mRNA Hubs in South Africa, Argentina and Brazil, and through joint production and processing agreements.

The call for a voluntary mRNA technology transfer means that talks on the idea of a temporary waiver of intellectual property rights on COVID-19 vaccines and therapies - originally proposed by South Africa and India and now championed by the United States - remain stuck at the World Trade Organisation.

"We have a lot of vaccines available worldwide but the reality is there are still areas in the world where the share of those vaccinated is very low," Scholz told journalists on the sidelines of the summit.