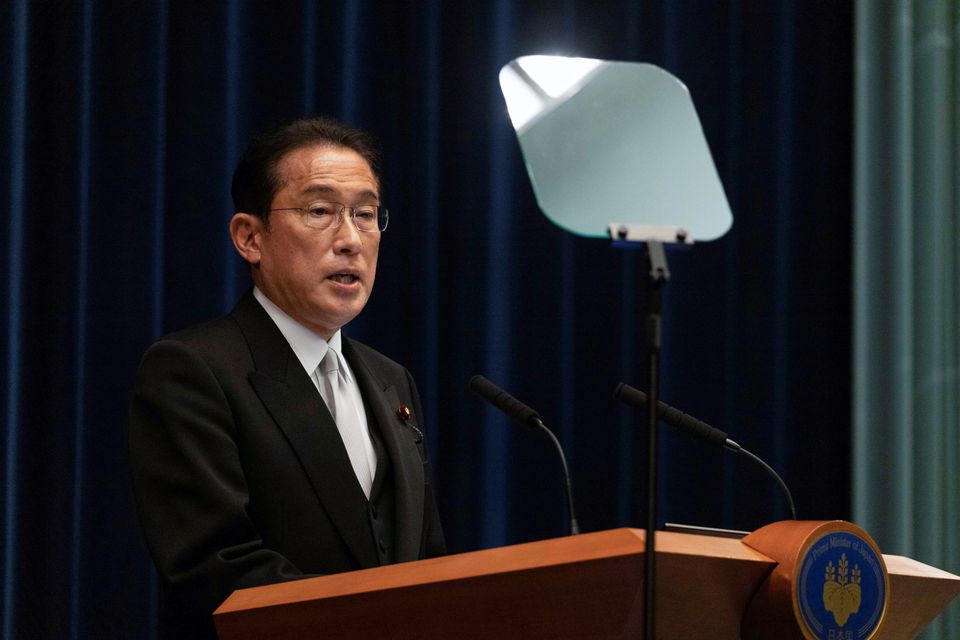 Kishida made the remarks on the opening day of parliament's extra session convened to debate a supplementary budget to cushion the blow from the COVID-19 pandemic as he aims to restore the economy and then tackle fiscal reform.

Wage hikes hold the key to the premier's aim of defeating deflation by reversing a cycle of tame wage growth and weak consumer spending while encouraging Japanese firms to spend their record cash piles on boosting wages and investment.

Since he took office in October, Kishida has piled pressure on Japanese firms, urging those whose earnings have recovered to pre-pandemic levels to raise wages by 3% or more.

The government will lay the groundwork to help private-sector firms hike wages by strengthening taxation and give bold deductions for companies that raise pay, he added.

"As anxiety has grown that rising global inflation may have ripple effects on Japan, I will do the utmost to (realise) wage hikes in order to protect the Japanese economy," Kishida said.

On security policy, Japan will fundamentally strengthen its defence posture by looking into options including acquiring the capability to strike enemy bases, Kishida said.

"In order to safeguard the people's lives and livelihood, we'll examine all the options including capability to attack enemy bases ... and strengthen our defence posture fundamentally with a sense of speed," Kishida said.

On Japan's coronavirus response, Kishida said he planned to make it possible to get a booster shot without waiting for the end of the current waiting period, set by the government, of eight months after the second shot.

Calls for early booster shots have been mounting in Japan as the highly transmissible Omicron variant of the coronavirus is spreading globally, although daily COVID-19 cases have remained low in recent weeks.

If infections start picking up pace again, the government will respond swiftly with such measures as stricter restrictions on activities, "while seeking the people's understanding carefully," Kishida said.