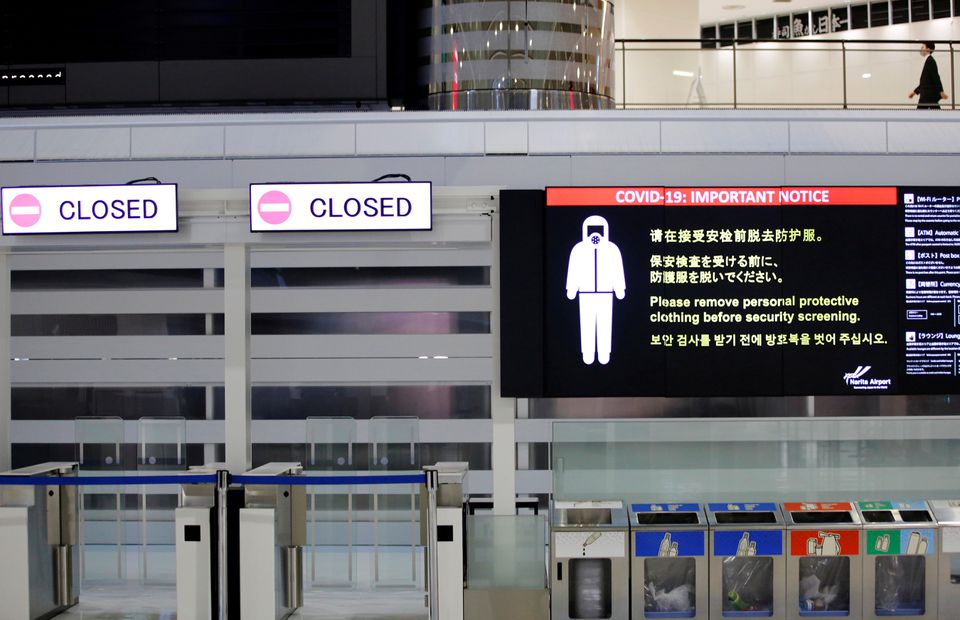 SYDNEY -- A nascent recovery in Asia-Pacific international travel demand has been set back by the Omicron variant as governments tighten rules, but airline bosses say they hope any backward moves will be short-lived.

International passenger traffic in Asia-Pacific was at just 5.4% of pre-pandemic levels in October, the lowest of any region globally, but some border rules were relaxed in Australia, Japan, Thailand, Singapore in November before the Omicron variant's discovery late in the month.

"We have seen basically a pause since then," he said. "We haven't seen a lot of retrograde steps, though there have been some exceptions."

Airlines have blamed a patchwork of travel rules for depressed international travel demand, which is critical for their return to profit, and Omicron appears to be worsening that problem.

Japan has banned foreigners, the United States is requiring a COVID-19 test 24 hours before flying and travellers to Singapore now must be tested daily for seven days after arrival.

The Omicrom variant's appearance follows a downturn in travel after the Delta variant emerged in India and spread globally, but vaccination rates have since risen and health experts are gauging whether the new variant causes as severe illness as other variants.

"We still haven't figured out whether this is a spanner in the works or a fly in the ointment," Association of Asia Pacific Airlines Director General Subhas Menon said of Omicron. "From what we see now it looks more like a fly in the ointment that is still good for using."

"We have seen some searches go down week on week," she said.

Omicron is also leading to scheduling headaches for airlines trying to adjust to changing requirements.

In Australia, fully vaccinated travellers to Sydney and Melbourne must isolate at their home or a hotel for 72 hours after arrival because of the Omicron variant.

That compares with an earlier policy of no isolation, which had led Hawaiian Airlines to add five weekly Honolulu-Sydney flights starting this month, rather than an initial plan for three, its chief executive Peter Ingram said.

"I will tell you the airplanes are not going to be full on the very early days," he said of the route. "But we are seeing pretty good bookings over the holiday period into January. So we think it is it is going to recover."

Qantas Airways Chief Executive Alan Joyce said his hope was that once more was known about Omicron, the 72-hour isolation requirement would be removed.