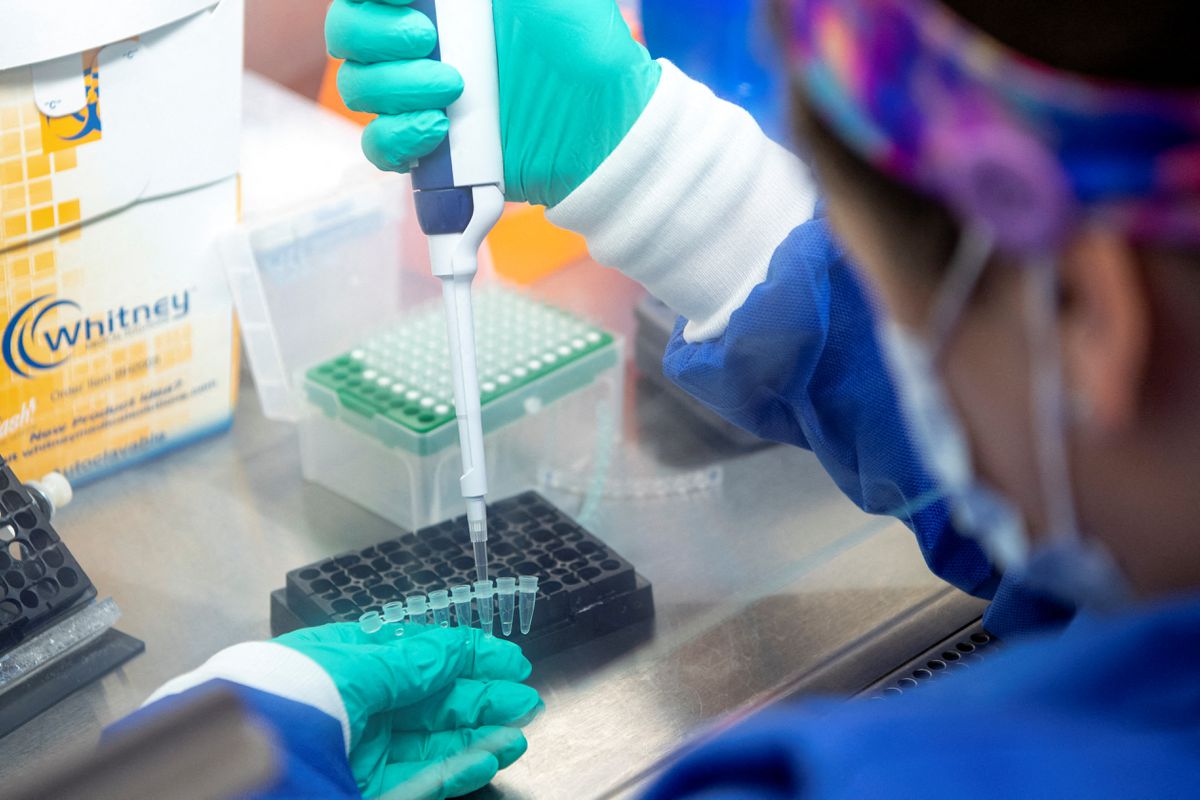 The following is a summary of some recent studies on COVID-19. They include research that warrants further study to corroborate the findings and that has yet to be certified by peer review.

Major differences in how efficiently Omicron and other variants of the coronavirus multiply may help predict Omicron's effects, researchers said on Wednesday.

Compared to the earlier Delta variant, Omicron multiplies itself 70 times more quickly in tissues that line airway passages, which may facilitate person-to-person spread, they said. But in lung tissues, Omicron replicates 10 times more slowly than the original version of the coronavirus, which might contribute to less-severe illness.

A formal report of the findings is under peer review for publication and has not been released by the research team. In a news release issued by Hong Kong University, study leader Dr. Michael Chan Chi-wai said, "It is important to note that the severity of disease in humans is not determined only by virus replication" but also by each person's immune response to the infection, which sometimes evolves into life-threatening inflammation.

Chan added, "By infecting many more people, a very infectious virus may cause more severe disease and death even though the virus itself may be less pathogenic. Therefore, taken together with our recent studies showing that the Omicron variant can partially escape immunity from vaccines and past infection, the overall threat from Omicron variant is likely to be very significant."

A structural model of how the Omicron variant attaches to cells and antibodies sheds light on its behavior and will help in designing neutralizing antibodies, according to researchers.

Using computer models of the spike protein on Omicron's surface, they analyzed molecular interactions occurring when the spike grabs onto a cell-surface protein called ACE2, the virus's gateway into the cell.

Metaphorically, the original virus had a handshake with ACE2, but Omicron's grip "looks more like a couple holding hands with their fingers entwined," said Joseph Lubin of Rutgers University in New Jersey. The "molecular anatomy" of the grip may assist in explaining how Omicron's mutations cooperate to help it infect cells, Lubin added.

The research team also modeled the spike with different classes of antibodies trying to attack it. The antibodies attack from different angles, "like a football team's defense might tackle a ball carrier," with one person grabbing from behind, another from the front, Lubin said. Some antibodies "appear likely to get shaken off" while others are likely to remain effective. Booster vaccines raise antibody levels, resulting in "more defenders," which might compensate to some extent for "a weaker grip of an individual antibody," Lubin said.

The findings, posted on Monday on the website bioRxiv ahead of peer review, need to be verified, "particularly with real-world samples from people," Lubin said. "While our molecular structure predictions are by no means a final word on Omicron, (we hope) they enable a faster and more effective response from the global community."

Infected people who show no symptoms might be contributing significantly to transmission of SARS-CoV-2, the virus that causes COVID-19, given that they account for 40.5% of confirmed infections worldwide, according to a study published online Tuesday in the journal JAMA Network Open.

The researchers pooled data from 77 earlier studies involving a total of 19,884 individuals with confirmed SARS-CoV-2 infections. They found that among infected people in the general community, about 40% were asymptomatic, as were 54% of infected pregnant women, 53% of infected air or cruise travelers, 48% of infected nursing home residents or staff and 30% of infected healthcare workers or hospitalized patients.

The pooled percentage of asymptomatic infections was about 46% in North America, 44% in Europe and 28% in Asia.