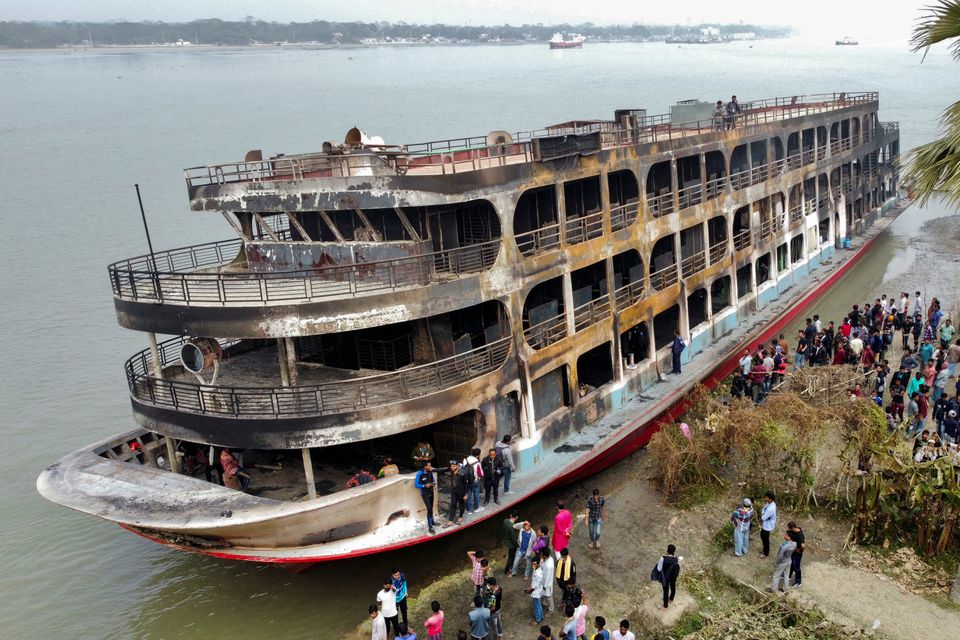 DHAKA -- At least 38 people have died in Bangladesh after a deadly fire swept through a launch on the Sugandha River in Bangladesh, an official said on Friday.

"We have recovered 38 bodies so far," Kalam Hossain Bhuiyan, a senior fire service official in the southern district of Jhalakathi, where the accident happened at around 3 a.m. local time.

The fire started from the engine room of the launch, which was heading to Barguna from the capital Dhaka via Jhalakathi, Bhuiyan added.

The death toll could climb further as more than 50 people have been admitted to hospital, with some passengers still missing and some others in critical condition, said Zohor Ali, Jhalakathi district administrator.

The cause of the fire was not immediately clear.