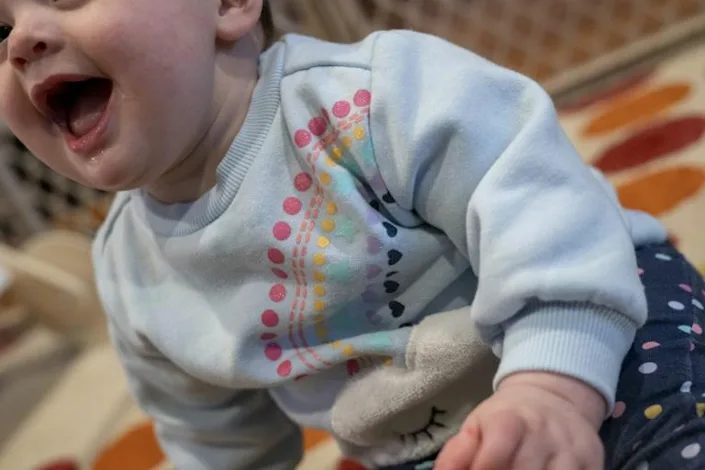 The thought of sharing an ice cream cone with a stranger can trigger feelings of disgust -- however that's often not the case with someone close to us, such as a romantic partner or child.

A new study in the journal Science on Thursday shows that children are aware of this dynamic from a very young age, and see saliva exchange -- through activities like kissing, sharing food, or wiping away dribble -- as a cue to tell whether two people have a special bond.

"We know from a lot of research that infants are super attuned to that social aspect of their world," Ashley Thomas, a researcher at Harvard and MIT, told AFP.

"But one thing that we didn't know before this study is whether they really pay attention to different types of relationships."

In particular, Thomas and colleagues wanted to know whether children can distinguish special relationships referred to as "thick," a term first coined by the philosopher Avishai Margalit.

To test whether children make the same distinctions as adults, the team devised a series of experiments.

First they presented a group of more than 100 children aged five to seven with cartoons featuring characters in interactions with each other.

The children successfully predicted that "sharing utensils, or licking the same food item, would occur within nuclear families, whereas sharing toys and partitionable food would occur equally within friendships and families."

Next, the researchers wanted to test the theory on infants and toddlers, who cannot vocalize their thoughts as well as older children.

Their experiment was inspired by classic studies of vervet monkeys, who heard a familiar juvenile in distress and looked toward that juvenile's mother, expecting her to respond.

To recreate the idea for young humans, they made video clips featuring two female research assistants from Thomas's lab play-acting with a cute blue puppet.

The first woman took a bite of an orange slice, then fed the puppet, then took another bite of the same slice.

The second woman is then shown passing a ball back and forth with the puppet.

"Both are really friendly interactions and cooperative, but only one of them might be something that we would associate as adults with a close relationship," said Thomas.

They then showed their dozens of subjects a clip of the same puppet crying, with both women on either side of it, and measured who the babies looked at first and for how long.

The children surmised that the pair in a saliva-sharing relationship were closer.

Both actresses -- who were of different ethnicities -- played in both roles to different groups of economically and racially diverse toddlers.

To make sure the children weren't just assuming a person who shares food is inherently nicer, they ran another test in which the subjects were shown the same opening videos, but the puppet in distress was a new character.

When this happened, neither the infants nor toddlers looked first or longer at the food sharer.

Finally, they ran a test where one actress placed her finger in her mouth, rotated it, then placed it in the puppet's mouth, while the other actress performed the same rotating actions on her and the puppet's forehead.

Once more, the children looked more to the actress sharing saliva when the puppet cried, isolating this as the marker.

"We know, for example, that infants pay attention to who's nice to someone else," she said.

Understanding how we think about human relationships might one day have practical benefits, for example by helping people who find it harder to forge such bonds.

"What a moral failing it's been that we haven't helped autistic people with their connections with other people," said Thomas.

"They really want those connections, and they just might lack some of the skills to create them. I think that this research could help us help other people navigate relationships eventually."