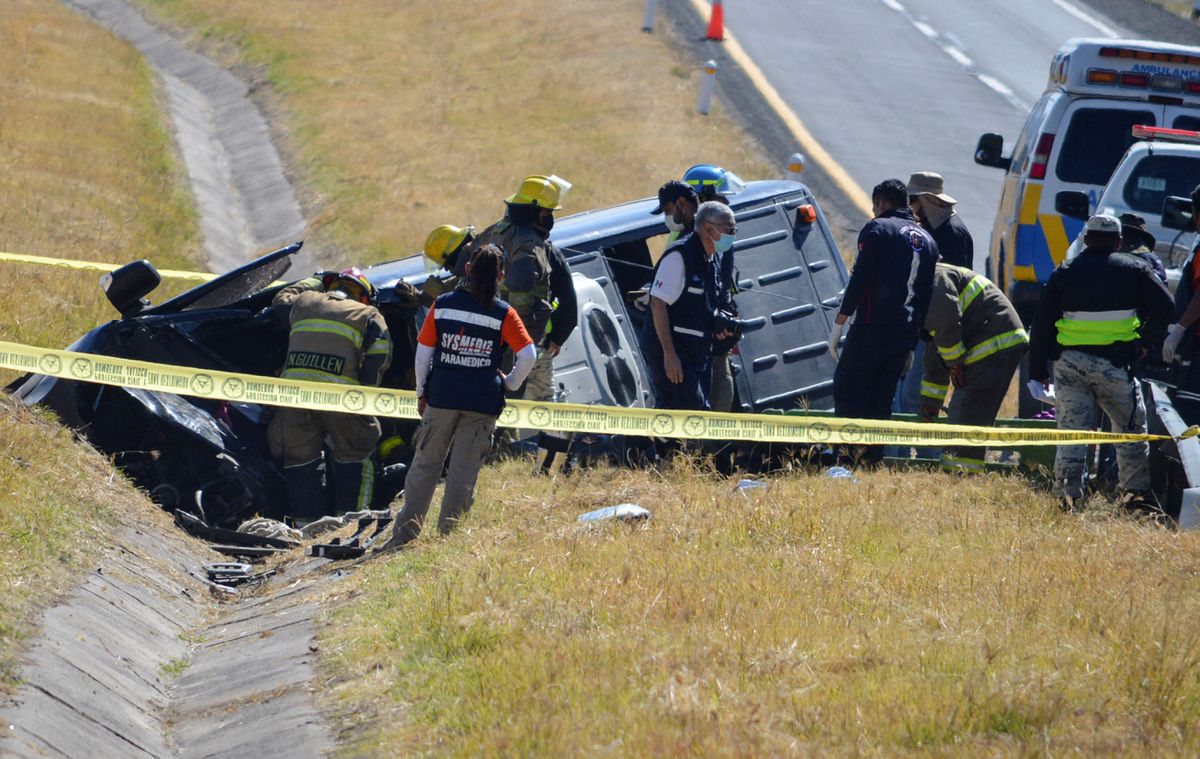 MEXICO CITY -- Thirteen people were killed when their van overturned and flipped into a ditch on a highway in central Mexico, leaving another 10people injured, officials said on Saturday.

Seven of the victims who died were initially trapped inside the car, the emergency services agency from Jalisco state said on Twitter.

The accident occurred near the city of Lagos de Moreno, on a highway that links the central states of Guanajuato and Jalisco, during a season in which Catholic pilgrims often visit a shrine in the nearby town of San Juan de los Lagos.

Photos from the emergency services agency show a large black van toppled onto its side in a deep rut along the highway, with what appears to be a shattered windshield.

The agency said 12 people lost their lives at the scene of the accident, including two children, and another person later died in hospital.