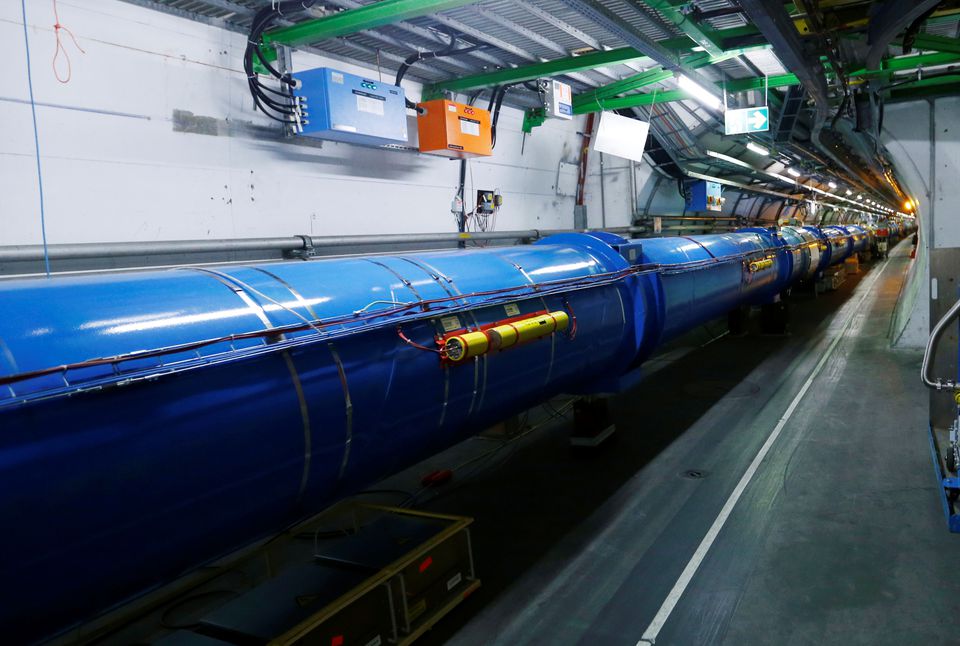 Scientists at Europe's physics research centre will this week fire up the 27 kilometer-long Large Hadron Collider (LHC), the machine that found the Higgs boson particle, after a shutdown for maintenance and upgrades was prolonged by COVID-19 delays.

Restarting the collider is a complex procedure, and researchers at the CERN centre have champagne on hand if all goes well, ready to join a row of bottles in the control room celebrating landmarks including the discovery of the elusive subatomic particle a decade ago.

"It's not flipping a button," Rende Steerenberg, in charge of control room operations, told Reuters. "This comes with a certain sense of tension, nervousness."

Potential pitfalls include the discovery of an obstruction; the shrinking of materials due to a nearly 300 degree temperature swing; and difficulties with thousands of magnets that help keep billions of particles in a tight beam as they circle the collider tunnel beneath the Swiss-French border.

Steerenberg said the system had to work "like an orchestra."

"In order for the beam to go around all these magnets have to play the right functions and the right things at the right time," he said.

The batch of LHC collisions observed at CERN between 2010-2013 brought proof of the existence of the long-sought Higgs boson particle which, along with its linked energy field, is thought to be vital to the formation of the universe after the Big Bang 13.7 billion years ago.

But plenty remains to be discovered.

Physicists hope the resumption of collisions will help in their quest for so-called "dark matter" that lies beyond the visible universe. Dark matter is thought to be five times more prevalent than ordinary matter but does not absorb, reflect or emit light. Searches have so-far come up empty-handed.

"We are going to increase the number of collisions drastically and therefore the probability of new discoveries also," said Steerenberg, who added that the collider was due to operate until another shutdown from 2025-2027.