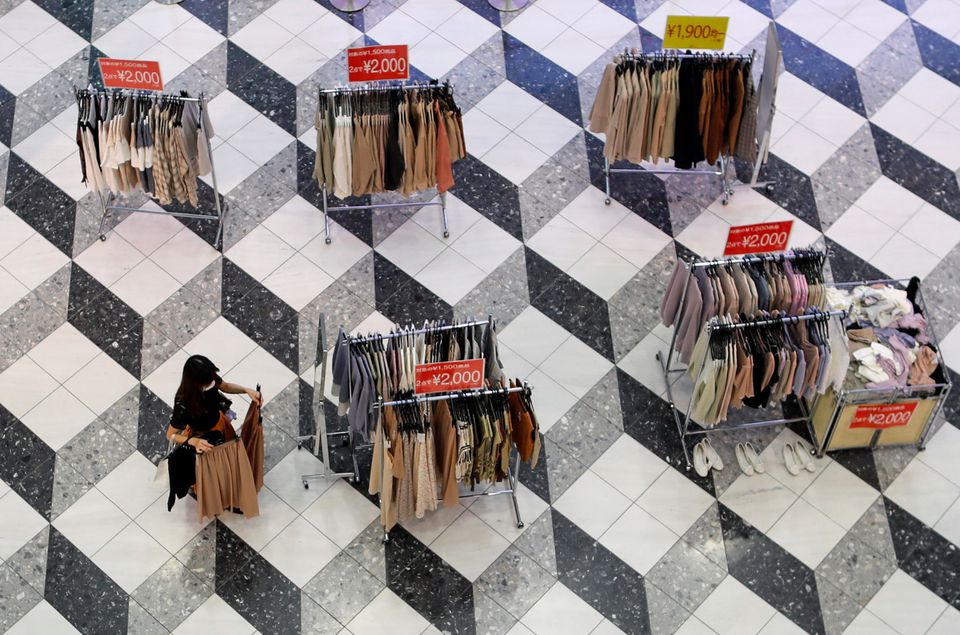 TOKYO -- Japan's household spending fell in March for the first time in three months, though the 2.3% drop was smaller than expected, as consumers remained cautious despite some easing of COVID-19 curbs.

While lower coronavirus risks have boosted consumer activity since April, rising living costs may cramp Japan's consumption-led recovery for the rest of 2022, analysts say. Inflation is at a multi-year-high in the world's third-biggest economy, fanned by the military confrontation in Ukraine and the yen's skid to 20-year-lows.

Government data on Tuesday confirmed the March spending drop versus the same month a year earlier. The decrease was narrower than Reuters' median market estimate for a 2.8% drop, and followed 1.1% growth in February.

The first fall since December was also partly due to a tough comparison with March 2021, when spending surged 6.5%, a government official told a media briefing. Some items like mobile devices, cars and takeaway foods saw robust demand, the official said.

Meanwhile, spending on fresh foods and home appliances decreased from a year earlier, and consumption still remained below pre-pandemic levels in March, according to the data.

Household spending in the January-March quarter was down 1.8% from the previous quarter, the data showed, as curbs to combat the Omicron COVID variant lasted until late March.

"Japan has constantly lagged behind other countries in economic reopening, where consumption is still hugely swayed by infection trends and hindered from recovering further," said Takeshi Minami, chief economist at Norinchukin Research Institute.

On a seasonally-adjusted, month-on-month basis, spending rose 4.1% in March, which was the first rise in three months and stronger than the forecast 2.6% growth.

"However, as energy costs such as electricity bills as well as food prices have been rising, the upcoming rebound in consumption might end up not as strong as expected," he said.

Economists expect the world's third-largest economy to have contracted an annualised 0.7% in the January-March, followed by a 5.1% rebound in April-June, according to the latest Reuters poll.