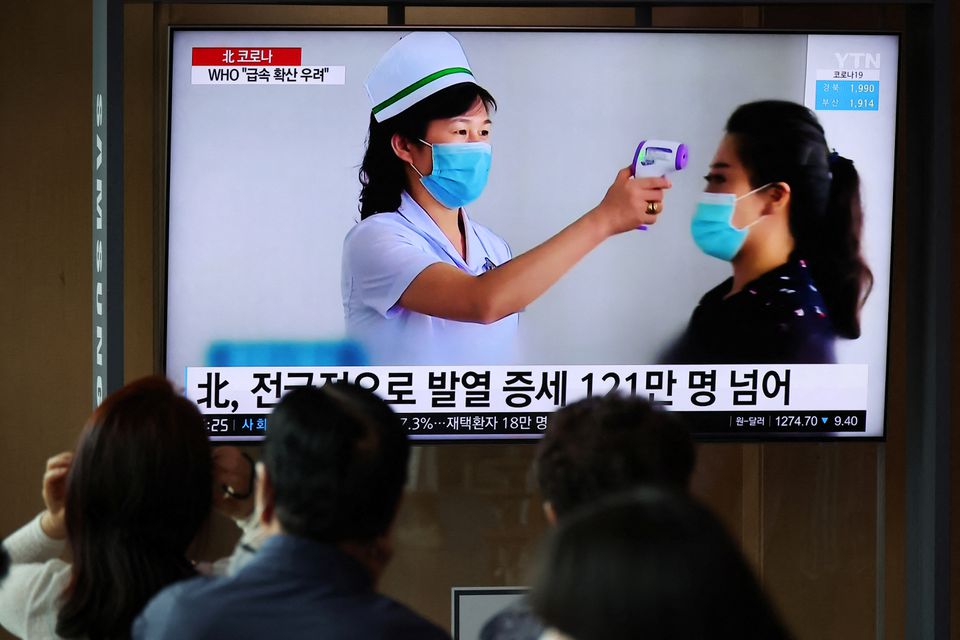 GENEVA -- A senior World Health Organization official said on Tuesday that high levels of transmission of the coronavirus among unvaccinated people, such as in North Korea, creates a higher risk of new variants.

The isolated country, a WHO member, is grappling with its first acknowledged COVID-19 outbreak, fuelling concerns over a major crisis due to a lack of vaccines and medical infrastructure.

"Certainly it's worrying if countries ... are not using the tools that are now available," said WHO emergencies director Mike Ryan in response to a question about the outbreak in North Korea.

"WHO has repeatedly said that where you have unchecked transmission, there is always a higher risk of new variants emerging," he said.

At the same press briefing, WHO chief Tedros Adhanom Ghebreyesus also said he was "deeply concerned" about the spreading virus among an unvaccinated population with many underlying conditions.

The UN health agency has previously said Pyongyang has yet to inform it officially of the outbreak in an apparent violation of the country's legal obligations under the WHO's International Health Regulations.

Asked about how the WHO would respond, Ryan said that the body was ready to help but had no power to interfere in a sovereign country.