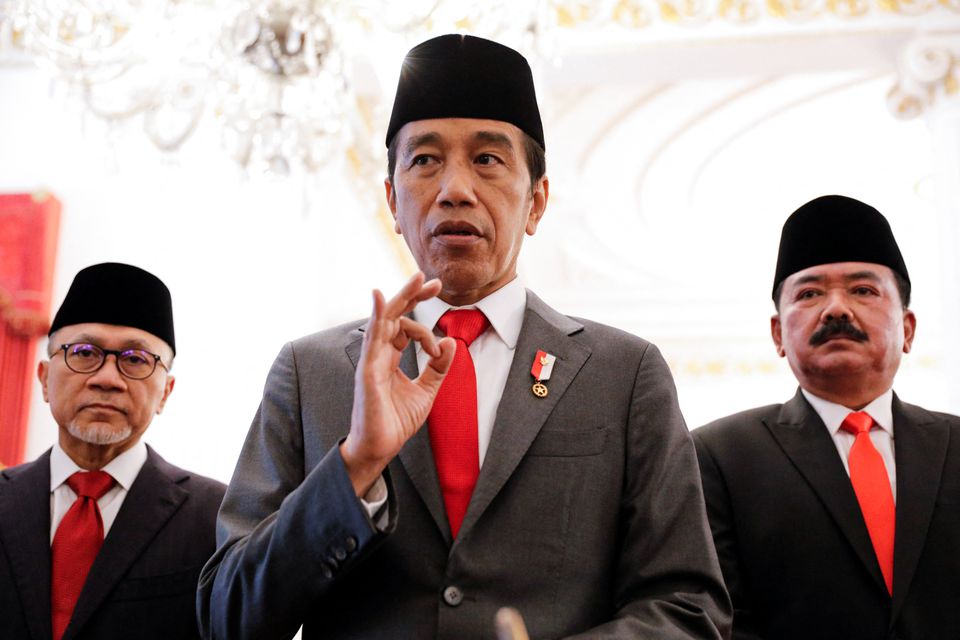 Zulkifli Hasan, chairman of the National Mandate Party (PAN) and a former forestry minister, was sworn in as the country's new trade minister, among other changes.

The previous incumbent Muhammad Lutfi oversaw a flip-flop on policies to contain a surge in domestic cooking oil prices, which included a ban on palm oil shipments from the world's biggest exporter.

The three-week export ban sent shockwaves through global markets and led to a series of arrests for alleged corruption before it was lifted on May 23.

The president, popularly known as Jokowi, said Zulkifli's "long track record" and "field experience" gave him confidence he would resolve the issues.

The new minister pledged after his appointment to "rapidly resolve issues on the availability and affordability of cooking oil in particular".

However, his appointment drew mixed reactions from analysts.

Bhima Yudhistira, director of the Center of Economic and Law Studies (CELIOS), said he was disappointed that the president was accommodating the needs of his coalition rather than improving the performance of his government.

"If Jokowi wants to leave his legacy, the most important thing is to appoint a minister of trade with a professional background, and there are a lot of options. Why choose a chairman of a political party?"

The Traditional Market Traders Association (IKAPPI) congratulated the new minister, saying there were complicated issues he needed to address.

"We want to say welcome to the jungle. This wilderness needs to be tidied up and we hope that (the minister) will side with traditional market traders, support SMEs and strengthen domestic trade," the group said in a statement.

Jokowi also announced changes to the agrarian and spatial planning ministry, appointing former armed forces chief, Hadi Tjahjanto, who he said will be tasked withresolving land disputes, particularly in relation to the proposed new capital of Nusantara in East Kalimantan.