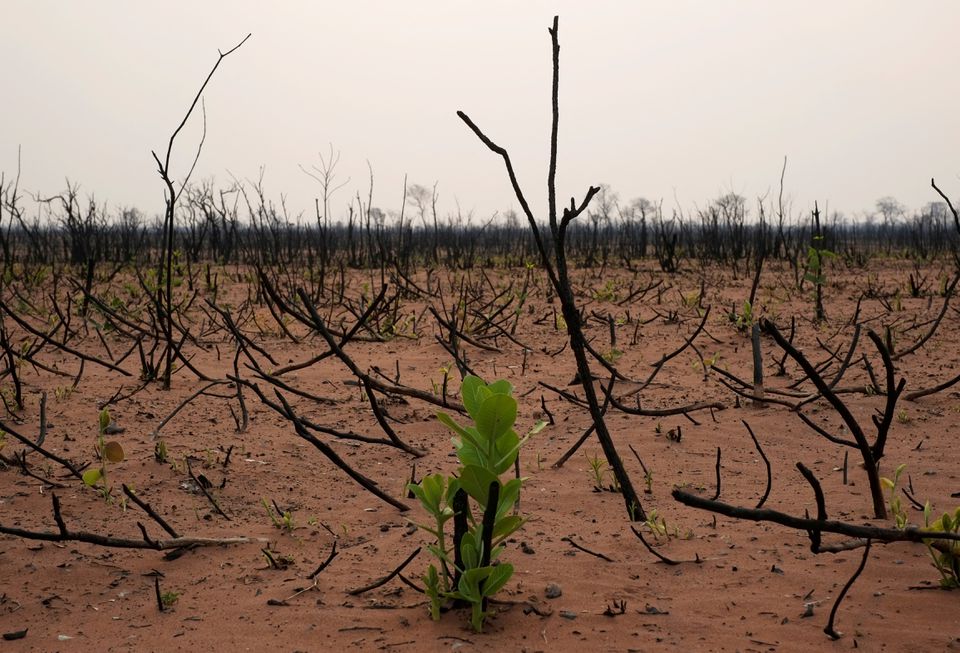 LONDON -- Major global biodiversity loss could cause enough economic damage by the end of the decade to severely cut more than half of the world's sovereign credit ratings - including China's, the first major study on the issue has warned.

The research published on Thursday by a group of British universities looked a range of scenarios, including one where a partial collapse of key ecosystems savaged nature-dependent industries such as farming and fishing that some economies rely on.

It estimated that the detrimental impact would result in 58% of the 26 countries studied facing at least a one notch downgrade of their sovereign credit rating.

As ratings affect how much governments have to pay to borrow on the global capital markets, the downgrades would result in between $28 to $53 billion of additional interest costs annually.

"The ratings impact under the partial ecosystem services collapse scenario is in many cases significant and substantial," the report said, adding that those additional debt costs would mean governments have even less to spend and that things like mortgage rates would go up.

The study carried out by the University of East Anglia, Cambridge, Sheffield Hallam University and SOAS University of London shows that China and Malaysia would be most severely hit, with rating downgrades by more than six notches in the partial collapse scenario.

India, Bangladesh, Indonesia and Ethiopia would face downgrades of approximately four notches, while almost a third of the countries analysed would see more than three.

For China, that drop in creditworthiness would add an additional $12 to 18 billion to its yearly interest payment bill, while the country’s highly-indebted corporate sector would incur an additional $20 to 30 billion.

Malaysia's costs would rise between $1 to 2.6 billion, while it companies would need to cover additional $1 to 2.3 billion.

"More importantly, these two sovereigns would cross from investment to speculative-grade," the report said, referring to what investors usually dub a higher risk 'junk'-grade credit rating.

"Biodiversity loss can hit economies in multiple ways. A collapse in fisheries, for example, causes economic shockwaves along national supply chains and into other industries,” said co-author Dr Patrycja Klusak, affiliated researcher at Cambridge’s Bennett Institute and Associate Professor at the University of East Anglia.