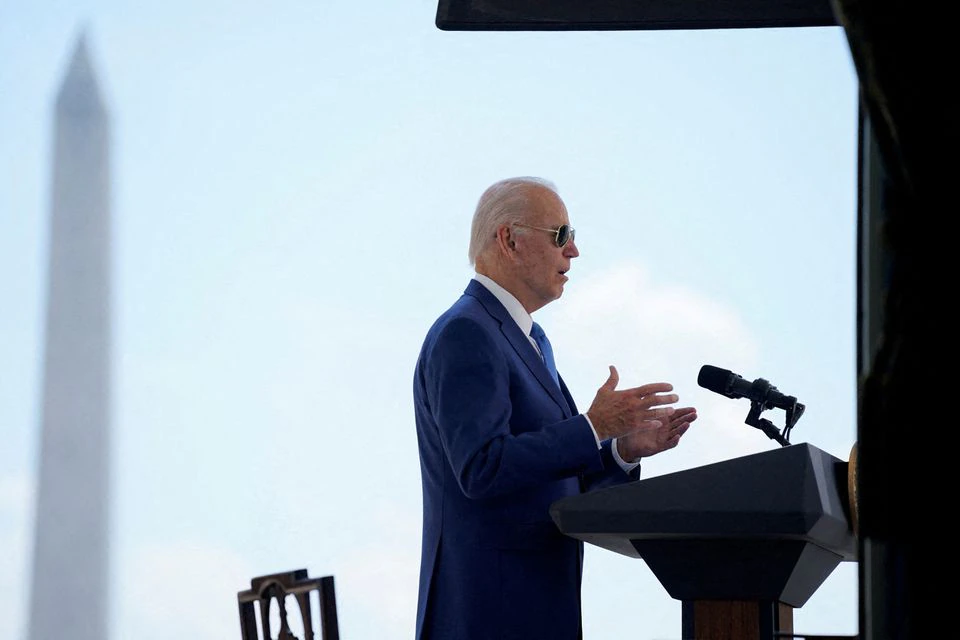 President Joe Biden has tested negative for COVID-19 after testing positive with a breakthrough case for days, the White House physician said on Saturday.

The Democratic president, "in an abundance of caution," will remain in isolation until he tests negative on a second test, Dr. Kevin O'Connor said in a memo released by the White House.

Biden, 79, emerged from isolation at the White House on July 27 after testing positive for COVID-19 for the first time on July 21. He tested positive again on July 30 in what O'Connor described as a "rebound" case seen in a small percentage of people who take the antiviral drug Paxlovid.

The illness has kept Biden from traveling and doing public events, though he has appeared at meetings virtually. He held two sets of remarks outdoors this week, on Monday to mark the death of al Qaeda leader Ayman al-Zawahiri and on Friday to discuss U.S. jobs figures.

Being negative again would allow Biden to go ahead with a planned trip to Kentucky on Monday and participate in bill signings at the White House next week to celebrate a slew of recent legislative victories on semiconductor manufacturing and veterans' health.

White House press secretary Karine Jean-Pierre told a gathering of journalists in Las Vegas that the White House was eager to get Biden back traveling and speaking to people. “He’s doing great. He actually tested negative this morning, so yay," she said. "He’s been doing very, very well.”

Biden suffered mild symptoms, including body aches and cough, during his initial bout with COVID-19. The president is vaccinated and boosted against the disease.

The White House was eager to demonstrate that he was working through his illness, and the president made a point of contrasting his condition with that of his predecessor, former President Donald Trump, whose COVID-19 diagnosis in 2020, before vaccines were available, landed him in a military hospital.