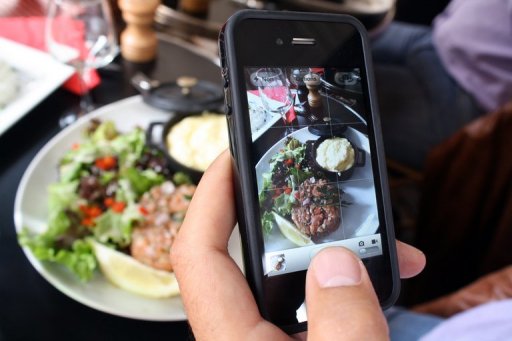 PARIS – Using a simple smartphone application to photograph one's meals is a useful slimming aid for the overweight, according to an experiment reported on Sunday.

The app, designed by British doctors, aims at promoting "food memory" so that people recall what they have eaten and are encouraged not to snack on high-calorie treats.

The app has three parts:

-- before eating food or drinking a beverage, the user snaps a picture of what is about to be consumed.

-- after finishing the meal or drink, the user then looks at the picture that was taken, and answers questions about the consumption experience: "Did you finish it all?" and "How full are you now?"

-- before further meals, users also look back at the file of pictures that have been taken in the course of the day, and get a text message urging them to remind themselves of what they have already eaten.

The researchers recruited 12 overweight or obese men and women and monitored them over four weeks in a small-scale pilot study. The volunteers accessed the app more than five times a day on average, and recorded 2.7 daily "episodes" of eating and drinking.

Over the study period, the participants lost 1.5 kilos (3.3 pounds) on average.

"Given that our trial was a very brief intervention with little contact time and no nutritional advice or support, this is a promising finding."

The work was unveiled at the European Congress on Obesity in Liverpool, northwestern England.