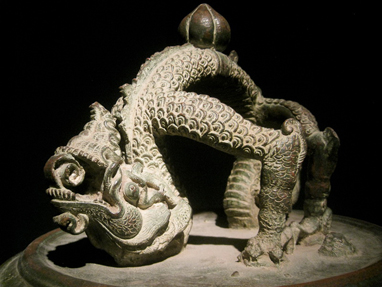 A weeklong series of Buddhist-themed art programs will take place in Ho Chi Minh City from May 17 to 24 to commemorate the Buddha’s 2557th birthday and the 50th anniversary of local monks’ campaigning for religious liberty in 1963, the pinnacle of which was the self-immolation of Thich Quang Duc.

The series will kick off with an exhibition on the Buddhist culture, which will be held at the Pho Quang pagoda in Tan Binh district from May 16 to 24.

A highlight of this exhibit is the public display of Venerable Thich Quang Duc’s ash and “sarira”, the small, crystal-like spheres believed to be the venerable monks’ post-cremation remains, one of Buddhism’s greatest treasures, along with Venerable Duc’s portrait.

Another exhibition on Buddhist cultural and fine arts heritage, which will be held at the Xa Loi pagoda, 89 Ba Huyen Thanh Quan, district 3, from May 17 to 24, will feature 300 artifacts of Buddhism in different regions and in neighboring countries, including the Buddha statues, and treasures dating back to the 11th century.

There will also be an exhibit, considered the most comprehensive one to date, of documentary photos on the 1963 Buddhist campaign, along with presentations from May 17 to 23 at the Xa Loi pagoda.

A music performance of the same theme will also go on at the Lan Anh stage at 7pm on May 17, and parades of ceremonial, decorated cars and flower boats at the Bach Dang wharf and Thu Thiem ferry wharf will also be organized.

The grand ceremony marking the Buddha’s birthday takes place at the 15th day of the fourth month of the lunar calendar every year.

Venerable Thich Quang Duc set fire to himself and died at a crowded intersection in Saigon (HCMC today) in June, 1963 as an act of revolt against the then government’s repression of local Buddhists.

The photo capturing him on fire was spread worldwide and attracted global attention and earned journalist Malcolm Browne a world press photo award in 1963.

Venerable Duc’s heart is said to remain intact after his remains were cremated and is believed to symbolize his lingering compassion. He was named a Boddhisattva by the local Buddhist community later.