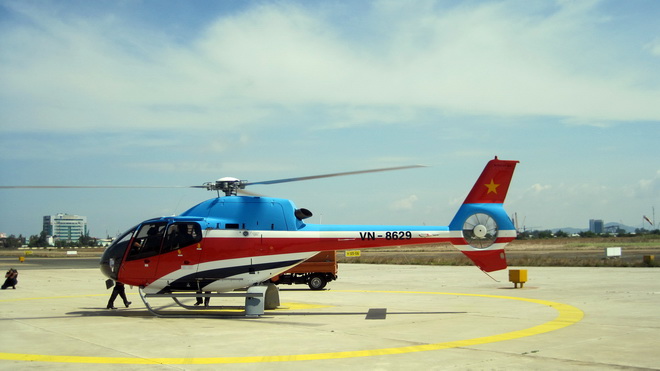 Local tourism officials at a recent meeting convened by the Northern Service Flight Company of Vietnam Helicopter Corporation under the Ministry of National Defense discussed the use of helicopters in tourism as an attempt to boost the country’s tourism potentials and draw more foreign tourists.

Participants at the meeting agreed that the use of helicopters, which is mostly targeted at high-income earners and foreign holidaymakers, adds a novel, thrilling service to the country’s tourism to meet the growing demand.

According to Tien Phong, however, several existing difficulties including the frustrating permit granting process and the higher costs incurred compared to other regional countries, may create barriers to the launch and development of this promising service.

The meeting also heard specific implementation of the service and solutions to the barriers including simplifying flight procedures, designing short-distance flights, expanding the market to the mountainous regions where road transport isn’t readily accessible, and closely coordinating with international airliners and helicopter companies as well as five-star hotels in drawing luxury tourists.