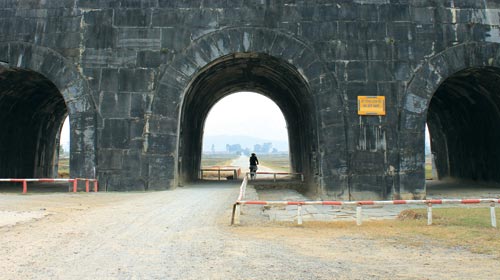 30 water color paintings by 70-year-old local artist Do Minh Nhan will be on display at the Quang Nam Festival, which kicks off today and runs till June 26.

The exhibition is part of the program called “The Vietnam  - ASEAN cultural space”, set to run from June 21 to 26 at the An Hoi garden in Hoi An ancient town and the My Son relic, a UNESCO-recognized World Cultural Heritage site.

Nhan said that he asked his friends around the world to send him photos of World Heritage sites before depicting them in water color.

According to the organizer, the “The Vietnam - ASEAN cultural space” program will also feature art performances and showcase handmade products from artisans and craft villages from 16 provinces.

The 3rd International Choir Competition, which is another highlight of the festival and is being held by Interkultur, a top German organization for major musical events on a global scale, will begin at the An Hoi garden at 8pm tonight, June 19.

The competition will feature choral performances from more than 500 artists from 15 troupes in seven countries and territories.

The participating troupes will also take part in a street choir performance, themed “The international melodies”, within the old quarter from 7:30-8:30pm on June 20.

Also, the Hoi An ancient town and My Son relic will be open free of charge to visitors during the seven-day festival.

In 1999, Hoi An was recognized as a World Heritage Site by UNESCO as a well-preserved example of a Southeast Asian trading port between the 15th and the 19th centuries, and of buildings which are a unique blend of local and foreign influences.

My Son, also part of Quang Nam province, which is the former site of religious centers built by the Champa Kingdom, earned UNESCO World Heritage Site recognition the same year.