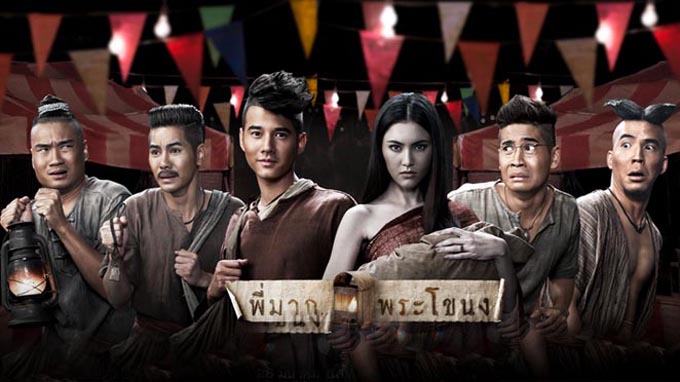 As of July 2, the Thai comedy and horror movie Pee Mak has pocketed nearly VND 8 billion (US$380,300) in box office after 10 days screening in Vietnam.

The movie, which has not been promoted much and only been screened at several cinemas though, has received positive responses from local audiences after the two premieres in Hanoi and Ho Chi Minh City. Many viewers said they watched the movie two times.

Many screenings later saw tickets sold out although Pee Mak was shown at the same time with Hollywood blockbusters like Word war Z, Now you see me and The great Gatsby. Some cinemas even offered extra screenings of the movie

“Pee Mak proves that it’s not essential for a horror movie to have excellent film techniques, it can attract people with a meaningful and interesting plot,” famous local director Phan Xi Ne commented.

Directed by Banjong Pisanthanakun, Pee Mak gathering young Thai actors including Mario Maurer and Davika Hoorne is an adaptation of the famous Thai ghost folklore Mae Nak Phra Khanong. In the movie, Mak and his soldier friends return to Mark’s home after a war to see Mark’s beautiful wife Nak. After a series of uncanny events at Mark’s home, his friends and some villagers discover that Mak’s wife is a ghost and try to tell him the truth.

First released in March, the movie attracted more than 5 million visitors to Thai cinemas and scored over US$16 million from the box office in Thailand.  It was also shown in Indonesia, Hong Kong, Myanmar, Cambodia, Australia, Malaysia, Laos, Taiwan, Singapore, Philippines, China, South Korea and the United States.