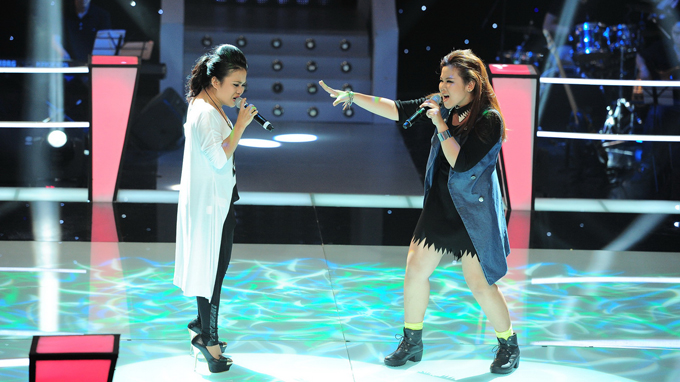 "The Voice" criticized for using song without permission

The ongoing singing reality show “The Voice of Vietnam” has been involved in an incident in which it received a complaint after two contestants performed a song without its owner’s permission.

On June 30, after the first episode of the 2013 The Voice of Vietnam’s Battle Round was broadcast on TV, young singer Nguyen Dinh Thanh Tam wrote a status on his Facebook page, complaining that the show, without asking him, had used the song “Chay Mua” (Run out of the rain), which he has exclusively bought.

Thanh Tam has released a music video and a single with this song.

After it was posted, the complaint caused a stir among local netizens, who are divided into two sides: one supports Tam and said the show’s organizers were wrong in using the song without Tam’s permission; while the other side disagrees with the singer, saying the contestants only performed the song on stage and didn’t make CDs to sell from it.

While talking about the incident, Thanh Tam said he didn’t mean to gain a reputation or ask for any profit when he wrote the status.

“I just feel annoyed when somebody on the behalf of the contest (intentionally or unintentionally) used the song without asking,” Tam told Tuoi Tre. “I don’t want to make such a fuss about it. The contestants chose the song because they like it, however, it’s not right when you get into somebody’s house and use their stuff without permission. I earlier heard a rumor that the show would use my song, and kept waiting for a call to ask for my permission or just to inform me about it.”

Pham Toan Thang, the song’s composer, who exclusively sold it to Thanh Tam in April, said such a reaction is normal.

“Actually, the incident is not a big deal and everything can be handled between both sides. Things would have been ok if the show’s organizers had informed Tam before using the song. Don’t let the song’s owner one day find his exclusive song used publicly,” the composer said.

For their part, The Voice of Vietnam’s representatives replied that they are handling the issue and cannot give any information on it. They also promise to give local media a press release after the problem is solved.