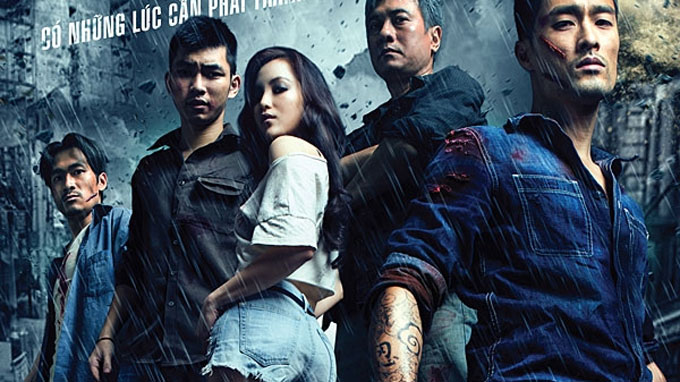 The National Cinema Department announced that Chanh Phuong Co. and Thien Ngan Co., producers of “Bui doi Cho Lon” (The gangsters in the melting pot of Cho Lon), which was earlier banned for its violent content and gory scenes, are to be held responsible for the leak of the film’s draft version on the Internet.

The leak also shocked the film producers. Vietnamese-American director Charlie Nguyen expressed his frustration on his Facebook page regarding the leak of the draft, in which the storyline, sound, light, color and special effects aren’t properly edited.

According to Ngo Phuong Lan, the department head, as the film producers were previously told not to publicize or leak the banned film in any form, the two companies will now be held accountable for this.

She added that the Motion Pictures Law has yet to stipulate the destruction of banned films.

The department had also asked concerned agencies to launch investigations to find out and penalize the leaker.

Only one or two days after it was spread online, the film’s draft version had been released on pirated discs, which are publicly displayed for sale at local CD shops.

Vu Xuan Thanh, head of the Inspectorate of the Ministry of Culture, Sports and Tourism, said he hasn’t received reports on this, but will immediately order provincial culture departments to work closely with concerned agencies to confiscate and destroy the pirated discs.

Those responsible for the leak will receive fines and face penalties for violating information and communications laws as well causing harmful copyright infringements.

Early last month, the National Cinema Department announced a ban on the movie, directed by Charlie Nguyen and starring his younger brother, Johny Tri Nguyen, who has acted as a stuntman for Hollywood films, for its violence and gore.

According to the authorities, the film wrongly reflects Ho Chi Minh City’s security situation, as the film is set in Cho Lon in District 5, and depicts the city as a lawless area plagued by gangs, who take part in relentlessly gory fights and killings with lethal weaponry, while the role law enforcers play is almost invisible. It also blemishes the country’s and city’s image and adversely impacts viewers, particularly youths.