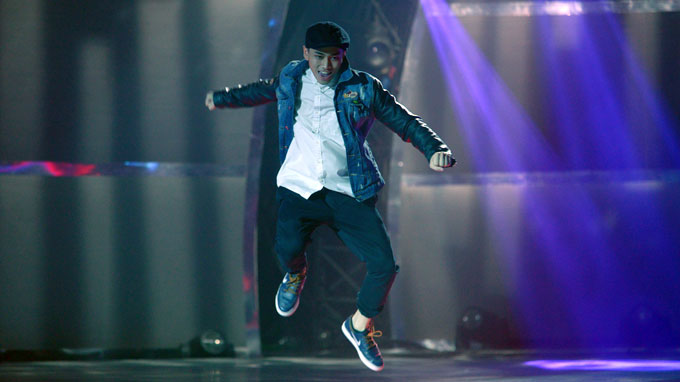 Ngoc Thinh, 19, the recently announced winner of the 2nd season of the Vietnamese version of “So You Think You Can Dance,” says that the competition helped him prove his maturity and talent and earned him his parents’ support.

Thinh shared that one of the reasons he joined the show was to earn “a ticket home” after spending five years alone in Hanoi pursuing his dream of becoming a professional dancer.

Bewitched by the dancing on MTV, Thinh began teaching himself hip hop at 13. In 2009, he won third prize at a local dance competition.

One of the competition’s jurors invited Thinh to join his dance group in Hanoi. Despite the objections of his parents, Thinh was set on leaving Ho Chi Minh City for Hanoi the following year. He dropped out of school after finishing the 9th grade to devote his time to dancing, which disappointed his parents greatly.

When he learned that his father suffered a stroke that left him unable to speak or walk properly, Thinh was even more determined to gain the approval of his parents.

“My mom called me yesterday to say that she and my father are really proud of me. I’m elated to know that from now on, I won’t be alone in my chosen career,” the young dancer shared.

Thinh said that he would hold meetings to further inspire youth to dance. He added that the championship would help him become one step closer to realizing his dream of becoming a celebrity.

This year’s Vietnamese version of “So You Think You Can Dance” will close with a gala at Maximark Cong Hoa stadium at 9pm on Dec 14. It will be broadcast live on HTV7.