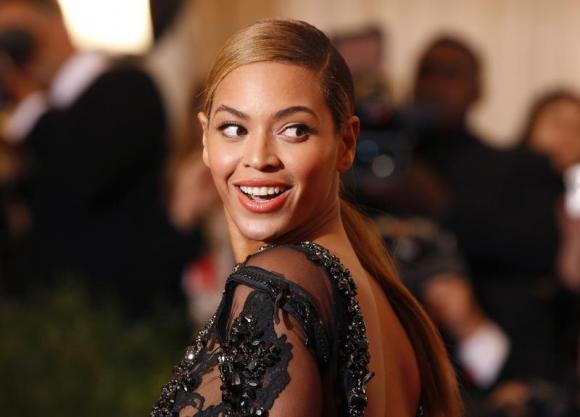 U.S. pop singer Beyonce surprised fans and critics with the release of her fifth solo studio album on Friday, which features 14 new songs and 17 videos and caused a stir on Twitter, capping a year in which the singer made a carefully choreographed return to music.

The 32-year-old Grammy-winning performer said she wanted to release the music in a new way, in order to connect more directly with her fans.

After she announced the album, it was immediately available worldwide exclusively on iTunes, skipping the advance publicity, critics' reviews and other marketing strategies that usually precede the release of a major musical artist's new work.

"There's so much that gets between the music, the artist and the fans," Beyonce said in a statement. "I felt like I didn't want anybody to give the message when my record is coming out."

The move to release the album without fanfare was designed to let fans hear the music first and form their own opinions, something that Billboard editorial director Bill Werde said was rarely seen among music's top performers.

"Being able to listen to an album without any sense of what to expect, and to experience the music and videos in an unspoiled sort of way, it was fantastic," Werde said.

"What it does show in the age of the Internet is that artists can have a really strong direct relationship with core fans and present art to them in the way they want to," he added.

Entitled "Beyonce," the digital compilation is the singer's first visual album and contains videos filmed in Houston, New York, Paris, Sydney and Rio de Janeiro, many of the shots filmed during her "Mrs. Carter Show World Tour." Physical album copies in CD and DVD format will be available this month.

"When I'm connected to something, I immediately see a visual or a series of images that are tied to a feeling or an emotion, a memory from my childhood, thoughts about life, my dreams or my fantasies. And they are all connected to the music," Beyonce said of the visual components of the album.

Beyonce returned to the musical spotlight this year after taking time out to give birth to her first child, daughter Blue Ivy, with rapper husband Jay Z.

The visual album sheds a glimpse into Beyonce's personal and professional life that fans and the public do not usually see from the generally private couple.

The song "Blue" features vocals from baby Blue Ivy, who was born in January 2012. The accompanying music video, one of four co-directed by Beyonce, shows mother and daughter cuddling against the vibrant backdrops of Brazil's beaches and towns.

On "Drunk in Love," the singer cavorts on a beach at nighttime while Jay Z raps on the track, a follow-up to the couple's 2003 duet on Beyonce's "Crazy in Love."

Beyonce kicked off 2013 by performing at President Barack Obama's second inauguration in January, headlined the Super Bowl halftime show in February, and embarked on "The Mrs. Carter Show" tour in April, performing more than 100 shows across the world.

The manner of the new album's sudden release generated plenty of reaction from fans, including fellow musicians, on Twitter. The album release generated more than 1.2 million tweets in 12 hours, Twitter said on Friday, with a spike of 5,300 tweets a minute.

"How is anyone not tweeting about #Beyonce right now?!!" singer Demi Lovato said on the microblogging site, while rapper Snoop Dogg tweeted, "my girl @beyonce just changed d game !!"

Texas-born Beyonce Knowles is one of the most successful performers in the world, regularly selling out concert tours. The singer, who began her career as a member of R&B girl group Destiny's Child, has become a solo artist powerhouse, famed for her energetic stage shows, hit songs including "Single Ladies (Put a Ring on It)" and her promotion of female empowerment.

Beyonce and Jay Z were named the highest-earning celebrity couple for the second consecutive year in September by Forbes magazine, with estimated combined earnings of $95 million for the year up to June 2013.