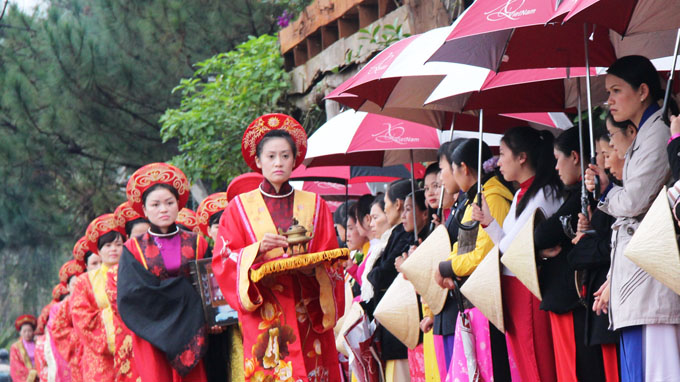 An exhibit titled “Art offerings on Da Lat’s 120th anniversary” is running in Da Lat in the Central Highlands province of Lam Dong until Dec 31.

The exhibit, which is running at XQ Da Lat Hand-embroidery workshop, 258 Mai Anh Dao, showcases some 100 artworks in lacquer, oil, iron pen, installation, photography and woodblocks, which are created by 21 artists/lecturers from Hue Art University.

The works center on extolling rich life values and depicting the stunning cultural facets and development over 120 years of the city, one of the country’s tourist hot spots.   A host of activities including art and book processions and incense offerings to the altar of the hand-embroidery ancestors have also been held.

Several culture researchers and artists will also show up at the exhibit and share their cherished memories with the land and its people.

This is the first activity in the city’s commemoration of its 120th anniversary and the 5th Da Lat Flower Festival, which will run from Dec 26 to 31.