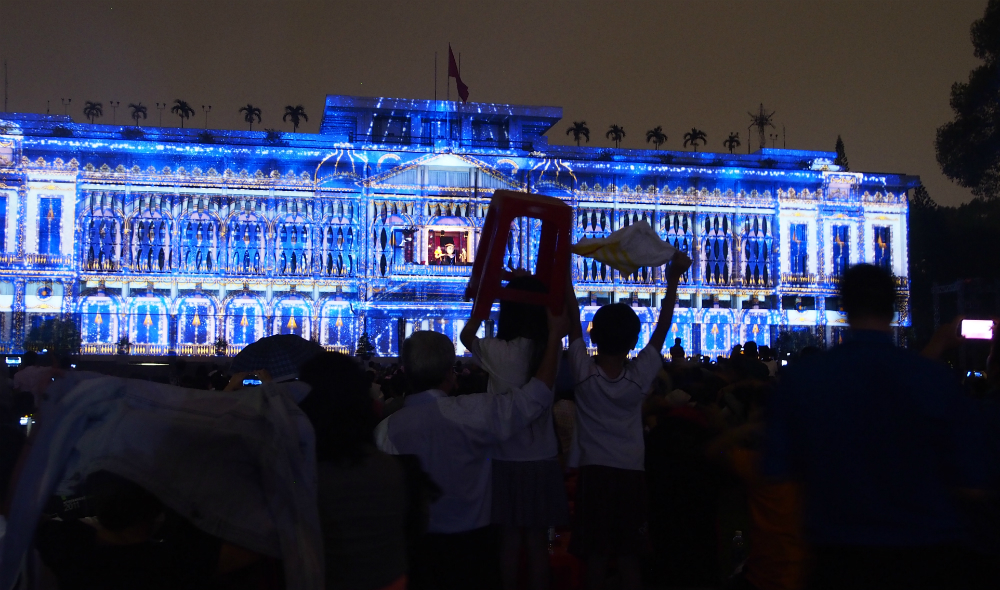 The “France Year in Vietnam 2013” has been a success story given the fact that the two last events, the light show at HCMC’s Unification Palace and the food festival at 23/9 park, had attracted thousands of locals and foreigners to participate in, according to a senior French official.

With 150 events held throughout the past year, especially those held within the framework of the France Year in Vietnam 2013, it has been proved that Vietnamese and French partners can cooperate very effectively for the best results, Xavier Darcos, French Ambassador for Foreign Policy and President of the French Institute said at a press conference held last week in Hanoi.

“The 2013 event has brought Vietnamese and French people a better understanding of each other’s history, culture and arts as well as of the potential of political, economic, science-technology, education-training cooperation between the two nations,” the Vietnam News Agency quoted Deputy Foreign Minister Bui Thanh Son as saying at the Hanoi.

“With the recent establishment of the strategic partnership, the successful France Year in Vietnam and the Vietnam Year in France has helped paint a vivid picture of the thriving Vietnam – France relationship,” he said.

The “France Year in Vietnam 2013” was the first of its kind jointly organized by two countries in Vietnam in the last 40 years, said Xavier Darcos at a reception at the French Consulate General in Ho Chi Minh City.

Main topics for the event ranged from the first field of concerns, history- culture, given the long history of ties between the two nations to other fields, like medical with the cooperation with HCMC-based Pasteur Institute and business with a business forum on digital economy, he said.

“We consider the bilateral cooperation in so many fields as planting the seeds for the growth of long term relationship between French and local artists, scientists, economists and experts,” he said.

Within the “France Year in Vietnam 2013”, some programs added later on due to efforts of both sides, he said.

Regarding the light show, he said that some 200,000 euros have been spent for the two-night event with a lot of effort preparation for all stages include the scripts.

“We want a spectacular ending that is attractive enough for the public. Even the rehearsals for the event had drawn a lot attention, so we are very happy with it.”

“Such lightning show, the first of its kind on display in Asia, is an advantage of France given its own capability built in the fields of modern technologies in lighting, graphic design and music performance.”

Regarding details about the "Vietnam year in France" next year,  Mr. Xavier Darcos said the representative image for the event has already been finalized - a traditional image decorated with some modern features.

Vietnamese Minister of Culture, Sports and Tourism will go to France to cut the ribbon for a dance program opening the event in early 2014, he added.