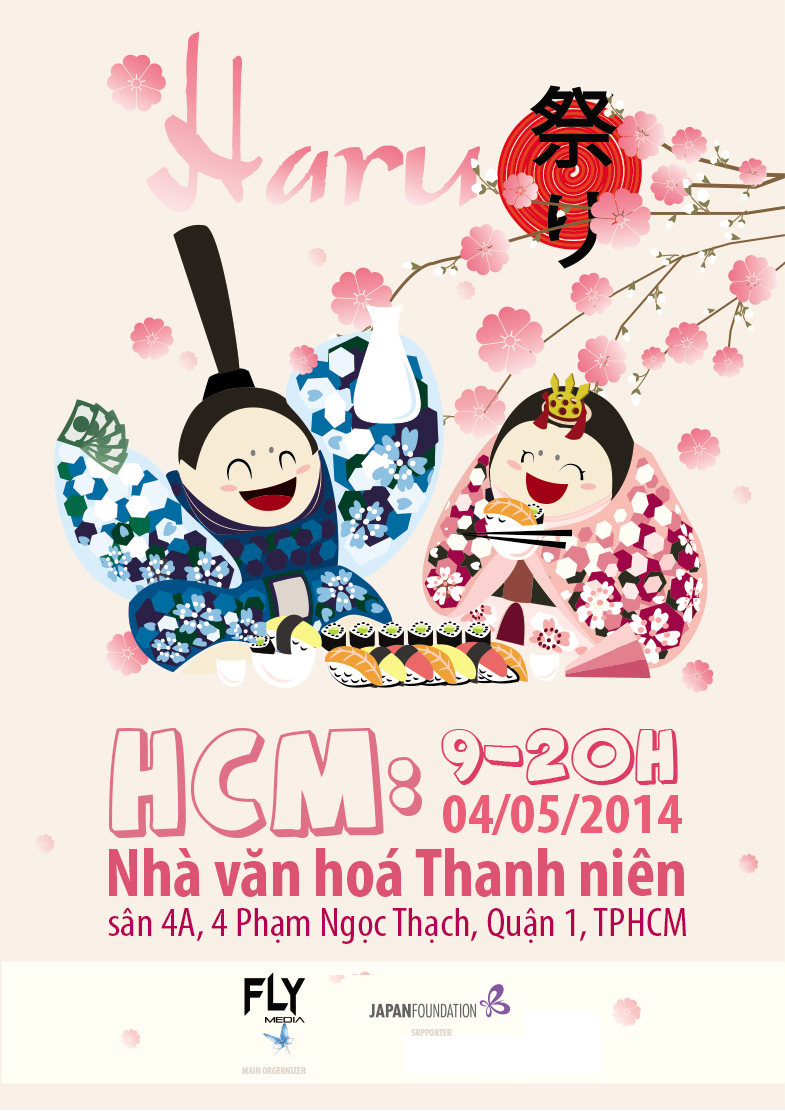 A festival featuring more than 30 booths offering food and numerous activities that promote Japanese cultural characteristics will be held in Ho Chi Minh City on Sunday next week.

Besides promoting the close relationship between Vietnam and Japan, the event also aims to introduce special cultural characteristics which will help participants to have a better understanding of the lifestyles of both countries.

There will be more than 30 booths showcasing Origami paper folding, cosplay, traditional Japanese dolls and cakes, and well-known fashion styles like kimonos and Lolita (a Japanese street fashion).

Many Japanese folk games including “Kingyo Sukui” (a traditional Japanese game in which a player scoops goldfish with a special scooper), “Wanage” (throwing as many rings onto a column as possible) and “Mizu Yoyo” (a type of yoyo) will also included in the festival.

Visitors can also relish such Japanese culinary delights as “takoyaki” (a Japanese dumpling), “okonomiyaki” (a kind of Japanese-style pancakes or pizzas), “yaki soba” (a classic Japanese street food made by stir-frying boiled ramen noodles, vegetables and meat or seafood with a sweet and savory sauce), “omuraisu” (a typical Japanese dish featuring fried rice and omelet) and sushi.

Besides the Karaoke and Cosplay Coverdance contest which encourages participants to dance and sing Japanese songs, the Yosakoi dance will be among the main activities which are expected to impress visitors with beautiful Japanese moves.

Participants will also have a chance to watch the most beautiful cosplay performances by people from Hanoi and HCMC and talk to well-known cosplayers from China and Thailand to know more about this hobby.

Before being organized in the southern city, the festival was already held in Hanoi on Saturday, April 12, and Sunday, April 13, from 10:00 am to 6:00 pm at the Savico Megamall commercial center in Long Bien District.