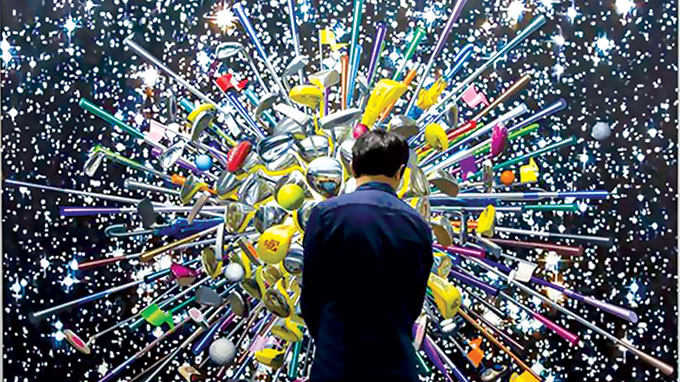 More Vietnamese galleries are joining famed art markets held in other Asian countries for both higher revenues and opportunities to promote the country’s art to the world.

These days, artwork is not only sold at galleries or on the Internet but it can also be bought at these markets.

Since 1967, when Art Cologne was founded in Germany to breathe new life into the lackluster art market in West Germany, some hundred international art markets have been launched, enjoying increasingly higher revenues.

For example, Singapore Affordable Art 2012 garnered over US$3 million in revenues.

The presence of Vietnamese galleries in such international markets has been increasingly felt over recent years.

Mai’s Gallery and Hanoi Studio in Ho Chi Minh City and Hanoi have become fixtures at the fairs since 2010.

Foreign customers tend to mention these two galleries when asking about Vietnamese art.

Duong Thu Hang, owner of Hanoi Studio, said that though her gallery still operates conventionally as it discovers new artists, holds exhibits and forges client relations, she has not missed any opportunity to showcase her artwork at the fairs.

The earnings at the fairs account for up to 60 percent of her gallery’s annual revenue, Hang added.

Since early this year, more local galleries have also made their way to international art fairs.

“Of course I prefer to sell the paintings at my gallery to collectors who I personally know in Vietnam, but that’s not enough, as the local market remains considerably limited,” shared American Craig Thomas, the gallery’s owner.

He added that though Vietnamese and expat Vietnamese currently make up some 25 percent of his clientele—a fivefold increase from his first days in business and an auspicious sign that the local art market is growing—Vietnamese art purchase power still lags far behind that of other Asian countries including Thailand, Malaysia, Indonesia, and China.

At the fairs, Vietnamese artists have been introduced to the world, either through Vietnamese and Singaporean galleries, such as Tran Thanh Binh, Nguyen Dinh Hien, Tran Thanh Canh, Nguyen Lam, Duong Sen and Doan Hoang Lam, which indicates that Vietnamese art is gaining a stronger foothold in foreign markets.

However, Vietnamese galleries and artists face remarkably intense competition at the fairs.

“Competition at the fairs is very fierce. The fairs draw artists from all continents, which shows that the world’s contemporary art flow is changing rapidly. However, changes in Vietnamese art remains limited considering both topic matter and materials,” said Hang of Hanoi Studio.

According to the expat Vietnamese owner of Thanh Kieu Moller Gallery in Singapore, it is the boom in art fairs and auctions that boosts Singaporean artists’ creativity and dramatically enhances the value of their work. Though the cost of the trips to take their artwork to foreign art fairs is high, owners of Vietnamese galleries feel it is worth it, as their gains outweigh their losses.

The fairs are selective—not all applicants are accepted. The 2013 Singapore Affordable Art Fair attracted the registration of 197 galleries from many countries, but only 113 were admitted.