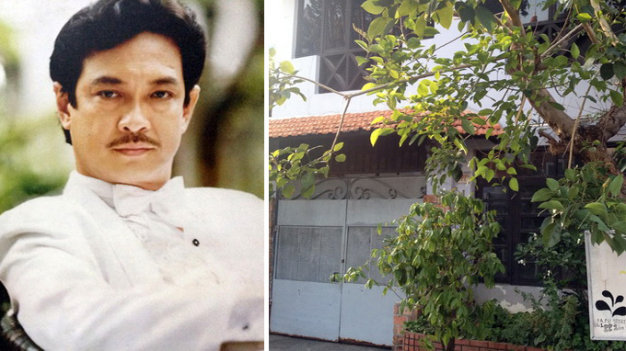 A veteran Vietnamese actor, who was quite popular in the 1980s, has unpacked and is about to hand over his house in Ho Chi Minh City to a local bank over his son’s US$500,000 debt, a bank official said on Wednesday.

Meritorious Artist Nguyen Chanh Tin is having his furnishings moved out of the house, on Ba Vi Street in District 10, where his family has lived for more than ten years.

He is also selling some of his valuable collectibles.

The house will be handed over to Phuong Nam (Southern) Bank by September 20.

Tin, a well known actor in the 1980s who later became a film producer and businessman, just had his latest meeting with bank officials.   The handover is the result of an appeal hearing in March 2013, which upheld the first instance trial’s decision that Tin cede the house to Phuong Nam Bank.

The bank will offer the actor VND500 million ($23,585) to help Tin pay his rent at a new place, as previously proposed.

According to one of Tin’s relatives, his family will move to a rented 160m² apartment in Tan Phu District for a monthly rent of VND8 million ($377).

The actor planned to rent an apartment in District 1, but changed his mind one week ago.

The loan was taken out by Chanh Tin Film and Media Co., which is run by Tin’s son, Nguyen Chanh Minh Thuc.

The bank then pledged that if his son’s company could settle its debt within 12 months, Tin would be able to claim his house back.

In September 2009, the ownership of Tin’s house was transferred to Phuong Nam Bank under an agreement between the two sides. However, Tin and his family remained there.

In 2010, as Chanh Tin Film and Media Co. failed to pay the debt, Phuong Nam Bank took the case to the District 10 People’s Court, demanding that Tin and his family move out of the house.

The appeal hearing in March 2013 ruled that Tin hand over the house, but the artist petitioned that the foreclosure not take effect until September 2014 on health grounds.

While a few have shown sympathy toward the actor and supported the call to help him, others have dismissed the petition as unnecessary, saying that losses in business are normal so there is no need to provide him with aid.

Nguyen Chanh Tin has starred in many Vietnamese films, including the 1980s classic “Van Bai Lat Ngua” (The Upside-Down Card Game); directed and produced a handful of films; and worked as a TV host for local shows such as Rong Vang (The Golden Dragon).

He is also uncle to Charlie Nguyen, a locally famous Vietnamese-American film director, and his younger brother Johnny Tri Nguyen, who performed stunts in one of Hollywood’s Spiderman films and played a minor role in another American movie.