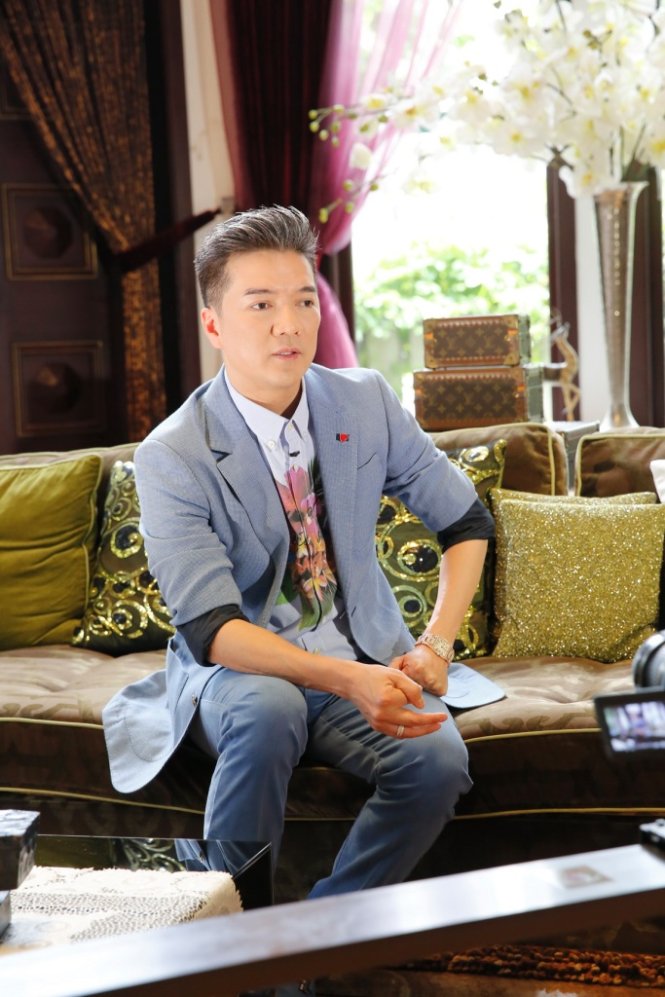 A well-loved Vietnamese pop singer has been featured in a documentary series on ASEAN countries by Nine Entertain Television, one of Thailand’s leading entertainment channels.

Dam Vinh Hung, dubbed ‘King of Vietnamese Music,’ has appeared in an interview with the Thai television for a documentary on Vietnam’s economy, culture, and showbiz.

The documentary is part of the television’s series to showcase various facets of the ten member countries of the Association of Southeast Asian Nations (ASEAN) on the threshold of the ASEAN Economic Community, to be formed in 2015.

Apart from talking about his 15-year music career, Hung also compared the Vietnamese music arena to that in Thailand and other Asian countries.

He observed that the Thai TV team had thoroughly studied Vietnamese music.

“We have many things in common, including the combat against piracy and copyright infringement and the thirst for new songs with an ageless appeal. Music in both Vietnam and Thailand is currently faced with similar problems,” the singer, in his late 30s, said.

Nine Entertain has featured world celebrities including Lady Gaga, and such Korean bands and singers as JYJ, SNSD, and Jay Park.

However, his name has also been tainted to some extent with scandals.

Amidst public outrage over Nguyen Manh Tuong, a Vietnamese doctor who dumped the body of his female client into a river in Hanoi following a botched plastic surgery last year, Hung donned a doctor’s blouse bearing the nametag “Dr. Cat Tuong” and posed playfully with several other singers for photos at a Halloween party in October 2013.

“Cat Tuong” is the name of the beauty parlor where Dr. Tuong carried out the failed surgery.

While some said that there was nothing wrong with Hung’s costume, many expressed strong disapproval, stressing that his choice to wear such clothes hurt the family of the victim, whose body was not found then.

The singer also created quite a stir when he showed up at the funeral of late General Vo Nguyen Giap in the Vietnamese capital city in October 2013.

Though thousands of people had been queuing for hours for their turn to pay homage to the legendary general, the singer was immediately allowed straight in. He even posed for photos before leaving.

During a charity auction in Ho Chi Minh City in November 2013, Hung auctioned off a Western bottle of wine. The winners of the auction turned out to be two Buddhist monks.

As a gesture of thanks, Hung kissed one of them on the lips. The other monk refused to let the singer touch his lips but let him kiss his left hand instead.

The photos of the kisses went viral on the Internet, causing indignation among the public, especially in Buddhist circles.

Hung was fined VND5 million (US$250) for the act while the two monks were banned from outside contact for three months.

The monk whom Hung kissed on the lips later left his monastery and returned to secular life.

In August 2013, Nguyen Anh 9, a 73-year-old revered composer who has always kept a low profile and led a scandal-free lifestyle, criticized several top-notch pop singers, including Thanh Lam, My Linh, Dam Vinh Hung, My Tam, and Ho Ngoc Ha in an interview with a local newswire.

Hung reacted to the composer’s criticisms the most strongly.

On his Facebook page, Hung called composer Anh 9, whom he was previously close with, a hypocrite, and implied that the songwriter made such critical comments in a misguided attempt to gain attention and fame.

Hung later personally apologized to Anh 9 after being blasted by the public for his accusations.

Many members of the public also expressed disapproval of Hung when he was believed to bribe judges for prizes, such as at the local version of British reality show “Just the Two of Us.”

As a judge of the Vietnamese version of Dutch reality TV show “The Voice” last year, Hung also attracted criticism for showing off his diamond ring and trying to ‘lure’ stronger contestants onto his team with excessive promises of fame and wealth.

Late last year, Hung was requested by the Vietnamese Performing Arts Department to repent of his inappropriate actions.