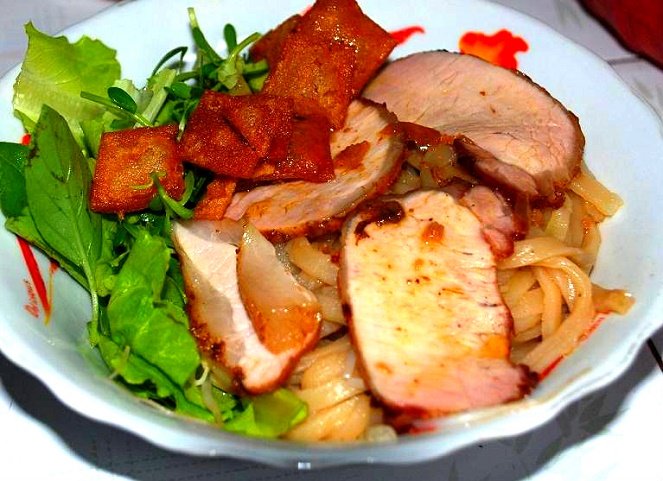 The article, titled “Cao Lau, One Of Vietnam's Greatest Culinary Treasures,” was written by Alison Spiegel, the associate editor of the “HuffPost Taste” column.

The delicacy earned “The Worth of Asia Cuisine” recognition from the India-based Asian Record Organization late last year.

The author described the dish as one of Vietnam's most iconic dishes, as well as its most mysterious, as its recipe remains protected from outsiders.

The freshness of the greens and bean sprouts, the crisp texture of the chewy noodles and thinly sliced meaty pork, and the crunch of the croutons, which are made from dried “cao lau” noodles, make a unique, beguiling combination.

The author also dwelled on the legendary origin of the dish, as well as the tale behind the noodles.

“Cao lau” noodles are said to be made using only water from one ancient well in Hoi An, called Ba Le.

The water is also supposed to be mixed with a specific type of ash to create a lye solution.

The ash is said to come from a type of tree found on the Cham islands, which are off the coast of Hoi An.

However, locals also use water from wells nearby and ash made from trees in the area for convenience.

The article also discusses some of the old town’s other signature dishes, including “com ga,” (a chicken and rice dish in which the rice is cooked in chicken broth and topped with shredded chicken), and white rose dumplings (shrimp and pork dumplings topped with crispy garlic).

It was chosen as the world’s best tourism spot by UK tourism magazine Wanderlust in January 2013.