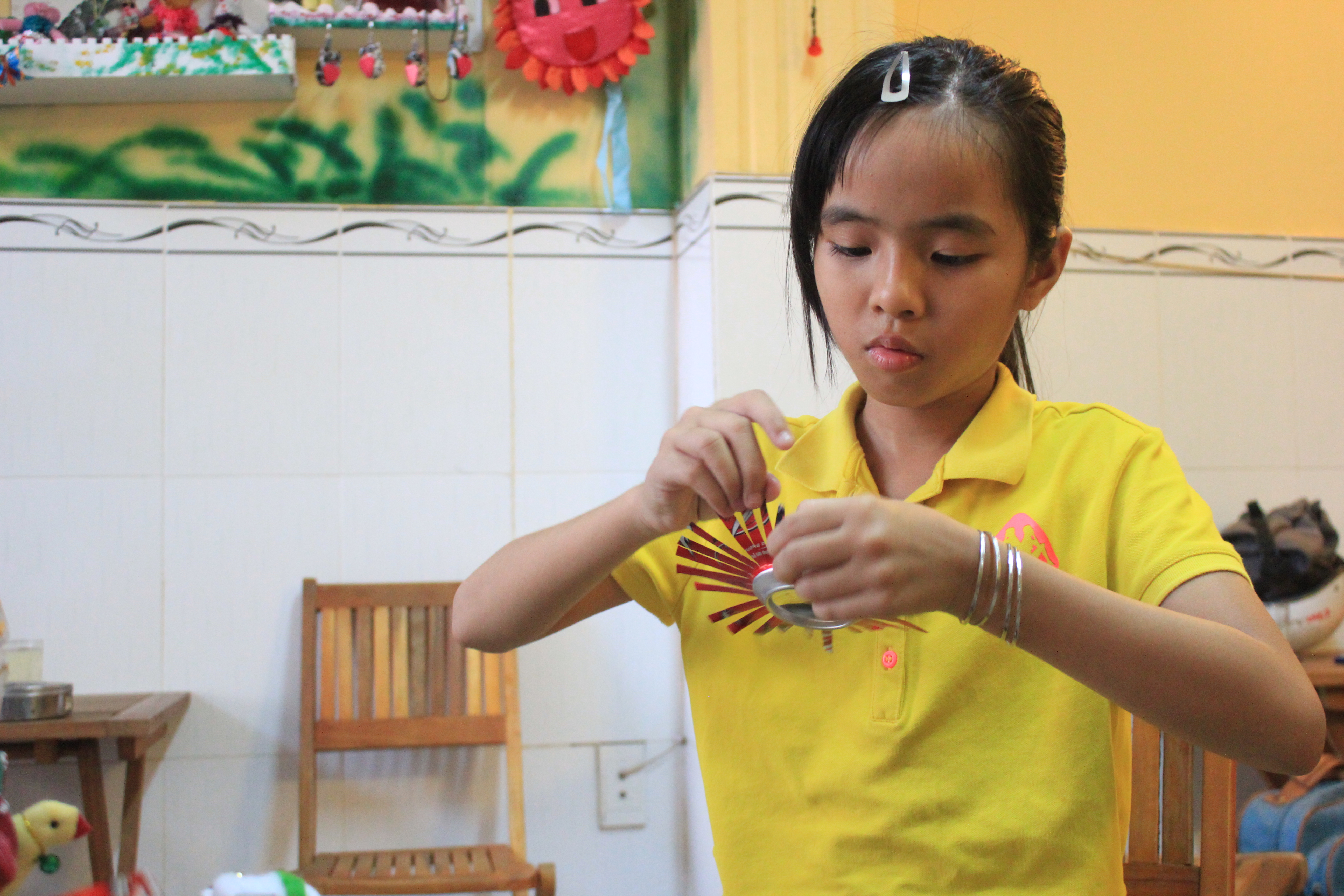 A nine-year-old girl in Ho Chi Minh City has opened a café where she receives waste to recycle in order to raise people’s awareness of waste classification.

The Anh Duong (Sunlight) Handmade Café on Tran Hung Dao Street in District 5 was inaugurated around four months ago by Phan Le Anh Duong with the help of her mother, Le Thi Hue.

Donors will then receive handmade gifts created from waste by Duong and her mother in exchange.

The little girl said the idea of opening a café to raise awareness of sorting waste came when she was in the first grade after watching a TV program about a young cancer patient.

Duong’s mother then told her one of the causes of cancer was environmental pollution, and trash is also one of the main factors that bring about pollution.

“I want to open a shop to collect waste and call on people to sort it to protect the environment,” Duong said.

The walls of the café are colorful and decorated with butterflies, leaves, and trees made from waste.

Anh Duong Handmade Café is also a place to display and sell handicraft souvenirs made by disabled people from her mother’s Thanh Dat Shelter, located in Hoc Mon District.

Since she was young, Anh Duong has won many awards from Ho Chi Minh City contests on environmentally-friendly ideas.

Her mother has also provided unwavering support for the girl’s dreams.

Hue said she always appreciates her daughter’s initiatives because good ideas crop up naturally and do not come when people want, adding that she would do her best to support her daughter doing these good things.

Talking about bigger dreams, Duong said she wants to make Anh Duong Handmade Café a series of coffee shops under the theme of waste sorting.

The young girl also cherishes another dream to develop an amusement park where people are encouraged to classify waste.

Duong plans to equip the places with bins which are shaped like the trash they are meant to collect.

“Bins containing water bottles will be shaped like a bottle, while those for cans will look like a can and paper will be put into newspaper-shaped dustbins,” she explained, adding she once saw similar garbage cans on a trip to Singapore when she was little.

At the park, she also wants to launch booths where people can learn how to classify garbage, as well as to protect the environment.

Duong also frankly expressed her wish to ask for the city to give her a land plot to realize the idea, and also plans to attract investment from businesses by displaying their advertisements there in return.