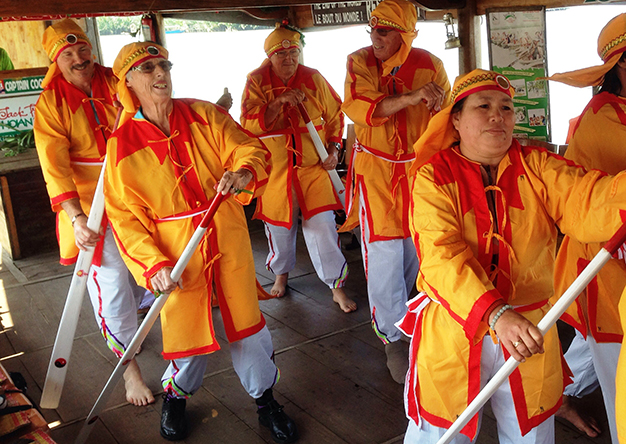 A travel company in central Vietnam has incorporated the folk songs and rituals of local fishermen into its tours for foreign visitors to enhance their appeal and advance the tourists’ knowledge of the traditional indigenous culture.

“Hat Ba Trao” has been included in the packages offered by Hoi An Ecotour since early this year, the firm, based in Quang Nam Province, said Sunday.

It is a traditional form of singing rituals popular among fishermen in the area which spans from Quang Nam and Da Nang to Binh Thuan Province in the central region.

The first such tour has received eight tourists from Australia, the U.K. and Canada, according to the company headquartered in Hoi An, home to the UNESCO-recognized Hoi An Ancient Town.

Tourists will don fishermen’s traditional outfits and join worshipping rites in Cua Dai Fishing Village, located in Hoi An, before riding on boats along the Thu Bon River that flows from the Central Highlands province of Kon Tum through Hoi An to Da Nang.

During the trips, a team of six to eight “Hat Ba Trao” artisans, including veteran artisan Nguyen Chin, will perform songs and show tourists how to sing them.

Participants will also have the opportunity to engage with local fishermen as they try to catch fish.

According to Tran Van Khoa, Hoi An Ecotour’s director, the traditional “Hat Ba Trao” singing ritual dates back to a few hundred years ago.

“We would like foreigners to enjoy a real taste of Hoi An’s rustic lifestyle and join local fishermen in their daily activities. It’s the best way for them to get to know our time-honored culture,” he added.