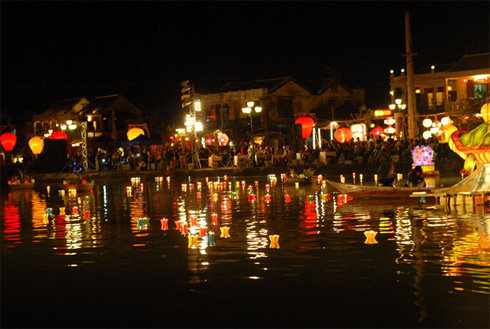 Authorities of a province in central Vietnam have given cards which allow free entry to UNESCO-recognized Hoi An Ancient Town to scores of Vietnamese and expats credited with promoting the town.

According to the Hoi An City People’s Committee in the central province of Quang Nam, the move is intended to honor Vietnamese and expat individuals who have made massive contributions to preserving the city’s treasured relics and helped promote Hoi An Ancient Town for UNESCO recognition.

Hoi An City is home to the ancient town which lies entirely in its Minh An Ward.

The cards were presented to 39 individuals, including 26 locals, eight Japanese people, two Americans, one Costa Rican, one Thai, and one Bulgarian.

In 1999, Hoi An Ancient Town was declared a world heritage site by UNESCO for being a well-preserved example of a Southeast Asian trading port from the 15th to 19th centuries, and for housing buildings with a unique blend of local and foreign influences.

Since then, the culturally rich town has been voted one of the top tourist destinations in the world by several major tourism magazines.

The province expects to welcome over 3.85 million visitors this year.

In other news, the Hanoi People’s Committee has announced that entry to six relics and scenic spots in the capital will be free during Lunar New Year’s Eve and the first two days of Tet (traditional Lunar New Year.)

This year’s Tet begins on February 19.

Special national relics are of immense cultural value and are typical of the country’s identity.

The selection of such relics was made by the Prime Minister based on the relics which have earned national recognition by the Ministry of Culture, Sports, and Tourism.