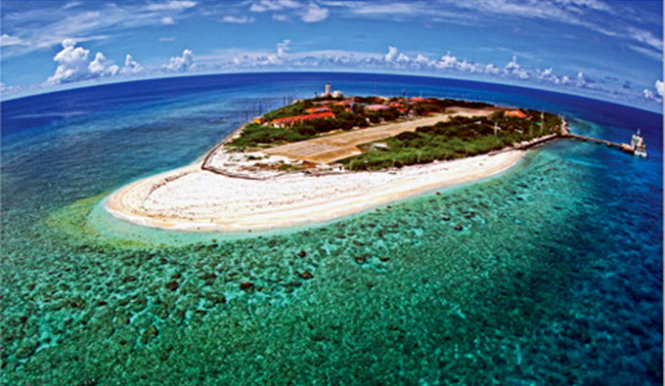 Dozens of aerial photos of Vietnam’s seas and islands are on view at an exhibition that kicked off in the Republic of Cyprus on Monday.

Thirty photos, taken by Vietnamese photographer Gian Thanh Son who is also a journalist, are on display in the island country’s capital of Nicosia.

The photo exhibit, to close on January 30, both reiterates Vietnam’s sovereignty over its seas and islands and promotes their tourism and economic potential, according to Son.

The assemblage is taken from his project on aerial photos of Vietnamese islands and coastlines, which he has conducted in the past 20 years.

Son took the photos when he was accompanying Vietnamese statesmen on flights during their working visits to other countries.

Each of his pictures offers an insightful window on the Southeast Asian country’s seas and islands, which stretch from the Tonkin Gulf to the Vietnamese waters in Kien Giang and Ca Mau Provinces in the Gulf of Thailand, according to the Vietnamese Ministry of Culture, Sports, and Tourism.

Son also published a photo book on Vietnamese islands and seas in May last year.

The photo exhibition is part of the Vietnam Culture Week in Nicosia, which opened on Sunday and will conclude on January 30.

The culture week is jointly organized by the Vietnamese Embassy in the Cypriot capital and Cyprus’s Ministry of Foreign Affairs to commemorate the 40th anniversary of the two countries’ diplomatic ties.

Vietnam and the Republic of Cyprus officially established diplomatic relations in December 1975.

The culture week also features a slew of other activities, including cuisine introduction, film screenings, and tourism seminars.