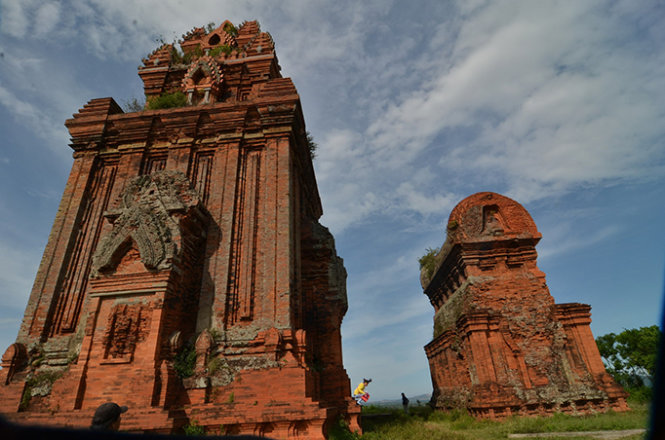 A cluster of 1,000-year-old Cham towers in a central Vietnamese province has just been added to the revised edition of a British book that highlights must-see architectural buildings across the globe.

Banh It Tower Cluster, also known as Bac Towers, has just been included in the revised edition of the “1001 Buildings You Must See Before You Die” book.

Located atop a hill in Tuy Phuoc District in the central province of Binh Dinh, the cluster was built around the 10th century and comprises four towers.

The cluster is among the most unique surviving Cham towers that boast astonishing artistic values, as British archeologist Stephen Anthony Murphy notes about it in the book’s section which accentuates structures built from the ancient times to the Renaissance.

“The cluster, which is one of our province’s greatest sources of pride, needs proper conservation. We also plan to promote its charms as well as the bewitching mystique of the overall Cham Binh Dinh cultural space in the coming time,” Ho Quoc Dung, chair of the provincial People’s Committee, told Tuoi Tre (Youth) newspaper on Monday.

The “1001 Buildings You Must See Before You Die” book features photos and writings by noted professors, architects, and architecture postgraduate students from around the world.

The book was edited by Mark Irving, a famous British author on architecture.

The cover of a book titled "1001 Buildings You Must See Before You Die" and the writing on Banh It Towers, located in the central Vietnamese province of Binh Dinh. Photo: Tuoi Tre