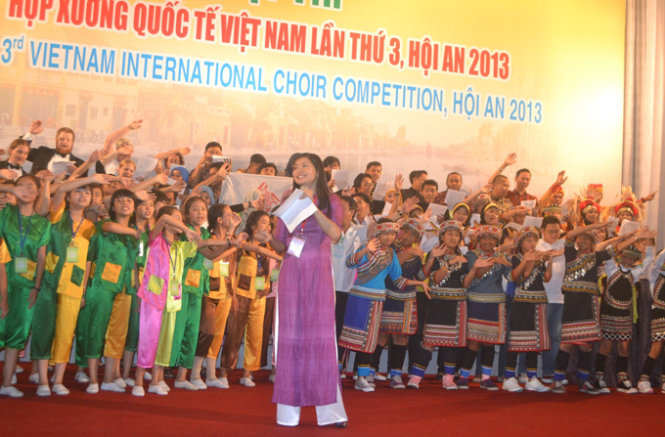 Int’l choir contest to kick off in Vietnam this month

More than 1,500 artists from 15 countries are poised to contend at an international choir competition, which will run in central Vietnam during the upcoming holiday.

The Vietnam International Choir Competition, in its fourth year, will gather the artists from 45 troupes in the world, the Vietnam National Administration of Tourism reported.

The competition is set to run from April 29 to May 3 in Hoi An City, located in Quang Nam Province.

The city is home to UNESCO-recognized Hoi An Ancient Town.

The artists will contend in 13 categories, including chamber music, church and folk choir performances.

According to Dinh Hai, director of the provincial Department of Culture, Sports, and Tourism, the contending troupes will also take performances of choirs, dances and recitals of musical instruments to the street.

The street art performances will be staged free of charge for locals and tourists to enjoy.

In March 2011, Interkultur, a top German address for major musical events on the global scale dedicated to various genres, selected Hoi An as the venue for the maiden Vietnam International Choir Competition.

In its second year, the contest took place in Hue City, located in the central province of Thua Thien-Hue, in December 2012, before having been organized in Hoi An since.

The forthcoming six-day holiday begins on April 28, on which the Hung Kings’ Death Anniversary is held to pay tribute to the country’s founders, and extends to two days further from Reunification Day on April 30; and Labor Day on May 1.