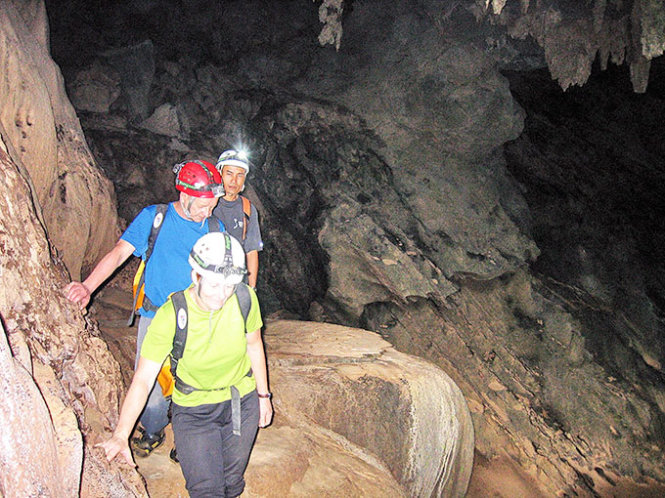 Vietnam’s State President Truong Tan Sang has conferred a Medal of Labor on a Vietnamese and a Briton to recognize their contribution toward discovering caves in the Phong Nha-Ke Bang National Park.

Authorities in the central province of Quang Binh said Thursday that President Sang presented the honor to Howard Limbert and Ho Khanh because of their help in finding out many caves, including Son Doong Cave, in the national park.

According to Mai Xuan Toan, head of the province’s Emulation and Reward Commission, Khanh was honored for discovering the caves and taking explorers to them while Limbert received the medal for exploring, researching, and surveying the cave system in Phong Nha-Ke Bang.

Limbert, 58, is the head of the British exploration team that has operated in the Phong Nha-Ke Bang area in the province since 1990 with hundreds of explorations and researches.

He and his colleagues have taken hundreds of thousands of beautiful photographs of the caves in the Phong Nha-Ke Bang National Park, drawing special attention from many major film companies throughout the world, such as BBC, NHK and National Geographic, as well as some of the world’s leading news agencies such as AP, AFP and Kyodo.

Khanh, a man from Quang Binh’s Bo Trach District, was the first to discover Son Doong, a solutional cave, in 1991. The park is a UNESCO World Heritage Site, located in the territory of Bo Trach and Minh Hoa Districts, about 500km south of Hanoi. In 2009, Khanh guided a British Cave Research Association team, led by Limbert, to explore this beautiful cave and eventually introduce it to the world.

According to Limbert, Son Doong Cave is five times larger than Phong Nha Cave, which was once considered the biggest in Vietnam.

With such large dimensions, Son Doong has overtaken Deer Cave in Malaysia to take the title of the world's largest cave.Like us on Facebook or follow us on Twitter to get the latest news about Vietnam!