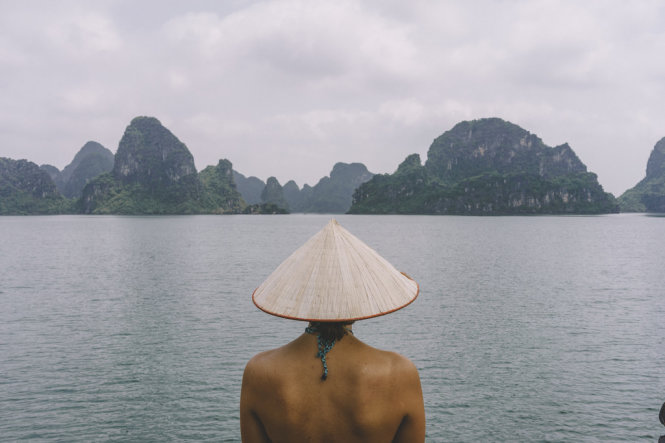 An Italian photographer has recently made a video clip accentuating Vietnam’s reverie-like places of interest and cheery people.

Since being launched earlier this month on Vimeo, a three-minute video clip titled “Reverie of Vietnam” has drawn over 200 comments from domestic and international tourists, who marveled at the country’s charms.

The clip attracted over 150,000 views only a few days after being released online, according to Vietnamese newswire VnExpress.

During his cross-country trip from late March to mid-April, its author, Oliver Astrologo, captured and collaged many recordings of Vietnam’s tourist attractions, including Ha Long Bay in northern Quang Ninh Province, Hoi An Ancient Town in central Quang Nam Province, and Trang An in northern Ninh Binh Province, all of which have earned UNESCO recognition as world heritage sites.

Astrologo, 35, focused his lens on the rustic everyday life of the people he bumped into during the trip, as well as diverse cultural and art activities in different locales.

A creative director of an advertising company in Italy, he has nurtured boundless passion for globetrotting and photography.

Before visiting Vietnam, Astrologo had traveled to many other countries, and he is planning to explore more and work with those countries’ tourism administration agencies in long-term projects, VnExpress said.

Some other still images from Oliver Astrologo's video clip