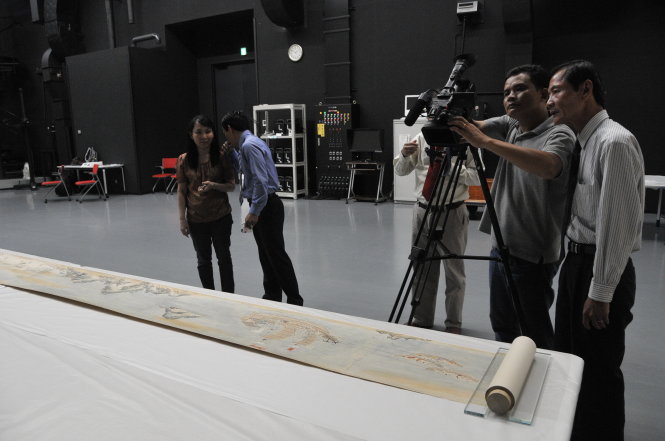 The filmmakers spent around three years traveling throughout nine countries to collect documents and interview scholars and researchers so as to create the "Vietnamese Seas and Islands: Their Long-Established Roots" series.

The five-episode series features genuine and objective evidence of how Vietnamese feudal dynasties established and exercised their sovereignty over the sea areas and islands in the East Vietnam Sea, recorded not only in Vietnam but also in the documents of many countries around the world.

“In making this series, we would like to send the message that Vietnamese people love peace and have enough accurate evidence to protect our country,” Nguyen Quy Hoa, general director of HTV, said.

He added that the series will be subtitled in many languages and will be broadcast to people in Vietnam and overseas Vietnamese and foreigners abroad.

Meanwhile, Ly Quang Trung, director of the TFS film studio, who participated in making the series, revealed it has an open ending.

“We’re not done with our responsibility after five episodes,” he said. “Proving Vietnam's maritime sovereignty will be continued by younger generations who will keep looking for more evidence.”

The series was broadcast on HTV9 from June 20 to 23. The full episodes can be viewed below (English subtitles and narration are available):