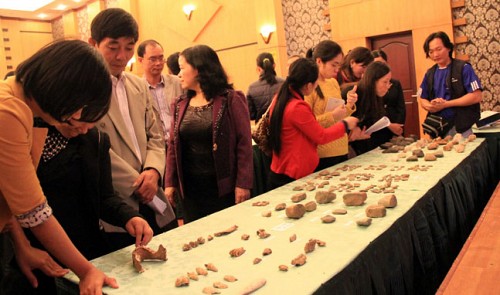 The stones, scattered 20 meters to 10 kilometers away from one another in several communes, including Che Cu Nha, La Pan Tan, Lao Chai and De Xu Phinh, in Mu Cang Chai District.

Most of the stones were found in villages in Lao Chai Commune.

With a wide range of shapes and patterns, the stones, whose volumes vary from 2m3 to 50m3, also feature ancient writings.

According to provincial museum experts, the ancient stones belong to the Mong ethnic group, who lived in the area in the 16th-17th centuries.

Mu Cang Chai District has long been one of Vietnam’s most well-known tourism destinations, attracting a large number of visitors each year thanks to its beautiful terraced fields and long-standing cultural activities.