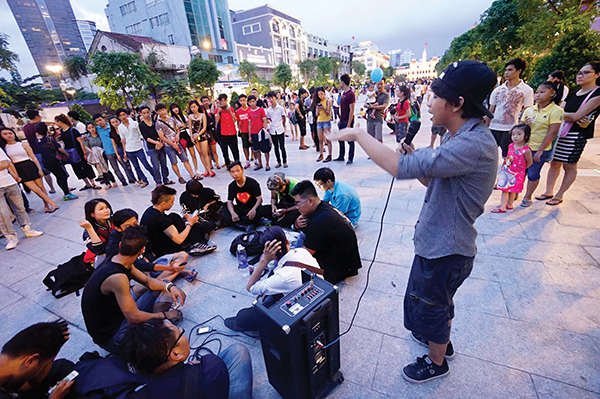 Ho Chi Minh City is not only a crowded, dynamic economic and financial hub of Vietnam, but it is also a place which nurtures people’s dreams.

There, what could be more amazing than becoming an amateur artist easily with just some basic musical instruments, and a lot of passion?

The amateur street artists, mostly young people, have spent their time traveling around the city to deliver their wholehearted performances.

Le Mach Hoan Chau, 24, is a passionate artist who performs every night on the Nguyen Hue pedestrian street in District 1.

But what makes Chau so special? He learns to play the violin by himself for its own sake.

Meanwhile, Luu Ha Anh, Truong Thanh Tuan, and Nguyen Phu Tai, a group of three youngsters, said they often turn down invitations to perform at restaurants and hotels to stage their own show along the Nhieu Loc-Thi Nghe Canal.