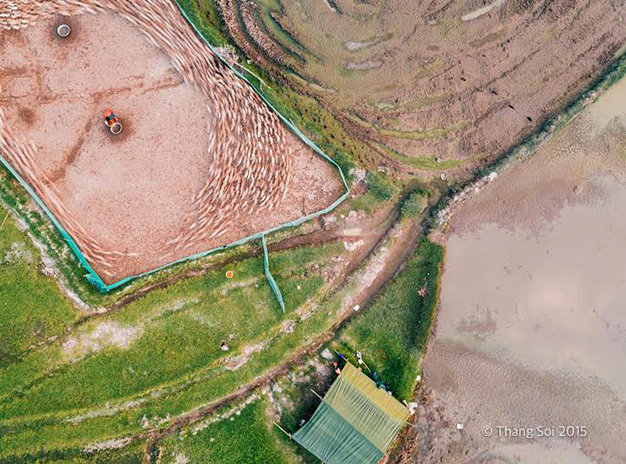 Vietnam is jaw-droppingly beautiful as seen from drone

Freelance photographer Le The Thang has enthralled viewers with his photos and videos taken with a drone, capturing the most breathtaking moments in some of Vietnam’s southern and central provinces.

The clips, including “Neo Duong Phuong Nam” (Southern Roads) and “An Giang – Mien Dat La Phuong Nam” (An Giang – The Southern Strange Land), were uploaded on YouTube in early November, gaining thousands of views and comments from netizens.

With nine years of experience filming and taking photos with a drone, Thang can capture the most stunning aspects of any landscape.

His two clips and photos depict the familiar image of Vietnam’s southern countryside including quiet rivers, ducks running around the farm, or a herd of white storks flying above a rice field.

Some southern and central Vietnamese provinces appearing in the clips are An Giang, Phu Yen, Dong Thap, Binh Thuan, Ninh Thuan, among others.

The Cau River in Phu Yen. Photo: Le The Thang

A farm of palm trees in An Giang. Photo: Le The Thang