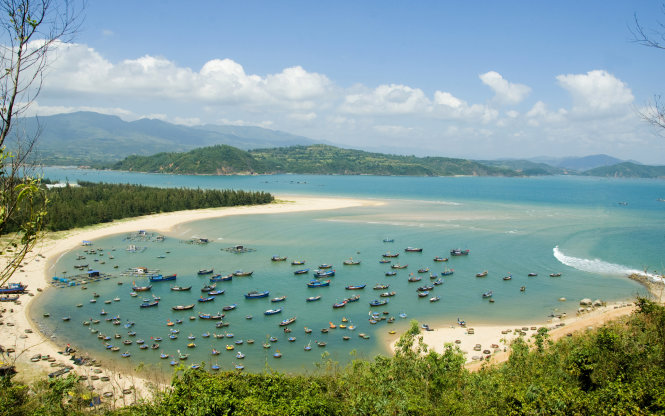 Vietnam will be promoted as a “paradise of sea and island tourism” at a four-day international travel mart scheduled in Hanoi next week, organizers said Wednesday.

The annual 2016 Vietnam International Travel Mart (VITM Hanoi 2016) will take place from April 14 to 17 in the capital city, attracting hundreds of local and international travel businesses and tourism promotion organizations.

The travel mart, backed by the Ministry of Culture, Sports and Tourism, is jointly held by the Vietnam Society of Travel Agents, the Vietnam National Administration of Tourism, and the Hanoi Department of Tourism.

After three consecutive editions since 2013, the annual VITM Hanoi has been recognized as Vietnam's leading tourism show and one of the largest in the region, according to the event’s website.

Themed “Vietnam - The paradise of sea and island tourism,” the VITM Hanoi 2016 is set to boost three sectors of tourism - inbound, domestic and outbound.

The event will particularly focus on enhancing Vietnam’s competitiveness and promoting the unique and highlights of sea and island tourism in the country, which has more than 3,200km of coastline and countless stunningly beautiful beaches littering its thousands of islands.

Besides seas and islands, the VITM Hanoi 2016 will also highlight special promotions for three destinations including Hanoi, the northwestern area, and the Central Highlands – south-central region.

The northwestern region consists of 14 provinces and offers a glance into the culture and customs of ethnic groups for visitors to explore, whereas beach and mountain tour packages have potential for development in the Central Highlands – south-central region.

VITM Hanoi 2016 is also the largest tourism forum of the year, with dozens of seminars, workshops and destination presentations taking place during the event, according to organizers.

Among the key topics to be discussed is how to increase the professionalism in Vietnam’s tourism activities and take advantage of the value of Vietnam’s seas and islands.

The forum also offers a comprehensive update and outlook on Vietnam's inbound and outbound tourism trends.

Participating airlines are expected to offer 20,000 discount tickets, while travel organizers will put some 15,000 promotional tour packages on sale at the event.