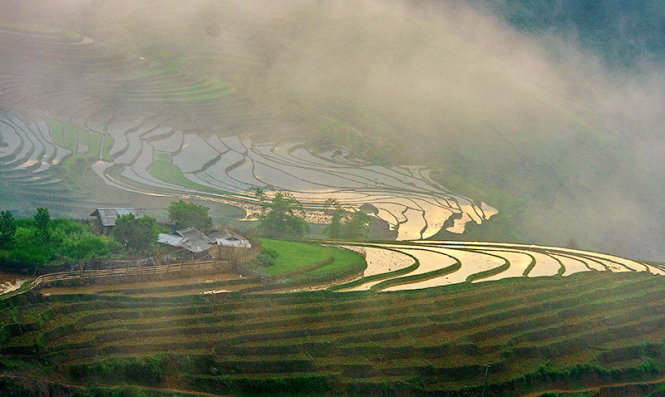 After summer’s first rains, the terraces in the northern province of Lao Cai’s Bat Xat District transform into a picturesque landscape that will awe any visitor

The rainbow of color along the terraces begins to form after local famers start to plumb water from top of the mountains down to their terraces to feed the new crop, forming a palette of color combining the fresh rain water, green rice, and rich soil.

A field in A Lu Commune looks like a painting under the sunrise. Photo: Tuoi Tre

The province has already seen more rain than usual and farmers have been taking advantage of this by getting water to their field earlier than previous years. Photo: Tuoi Tre