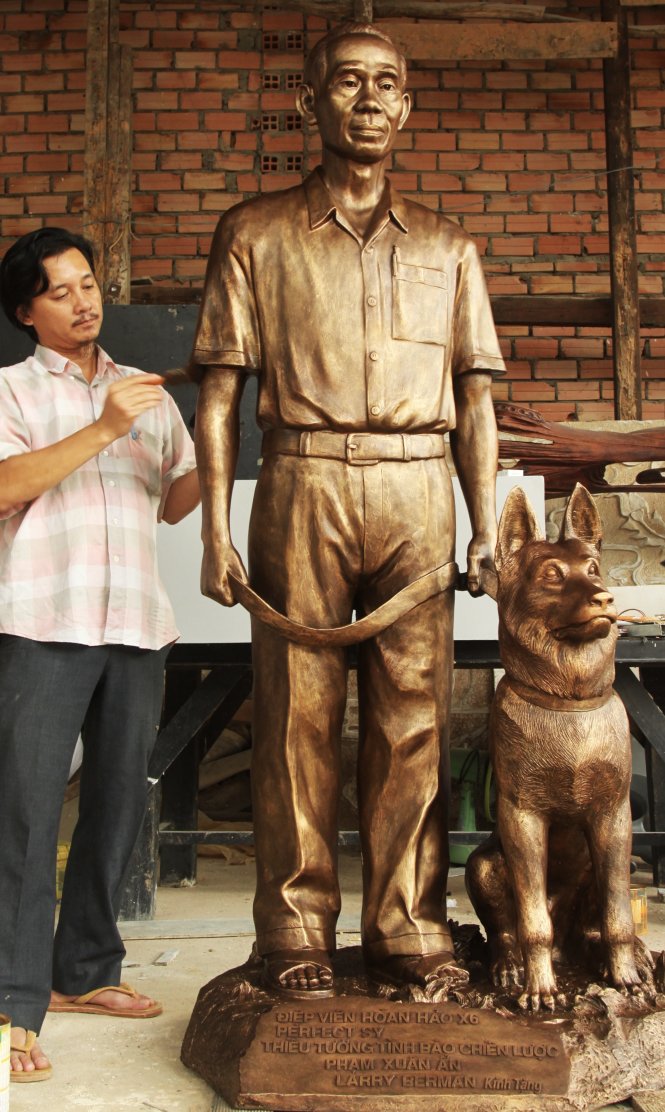 A U.S. author has presented a life-size statue of legendary Vietnamese spy Pham Xuan An to his family.

Professor Larry Berman is the author of ‘Perfect Spy,’ a book on Vietnam’s famous wartime spy Pham Xuan An, which was translated into Vietnamese and published here in 2007.

The U.S. writer has offered An’s family a life-size, fiberglass statue of the Vietnamese spy, and wholeheartedly supported the production of a series of movies based on his life.

The statue has been created by artist Lam Quang Noi, the creator of President Ho Chi Minh’s statue on the Nguyen Hue walking street in Ho Chi Minh City.

According to a representative of Vietnam’s publishing house First News, professor Berman would like to give the gift to An’s wife and children in commemoration of the ten-year anniversary of An’s death.

Pham Xuan An, also known by ‘X6’, ‘Hai Trung’ or ‘Tran Van Trung’, was born in 1927 and was a Vietnamese journalist and correspondent for Time magazine, Reuters and the New York Herald Tribune, stationed in Saigon during the war in Vietnam, while at the same time spying for North Vietnam.

An lived this dangerous double life for more than twenty years.