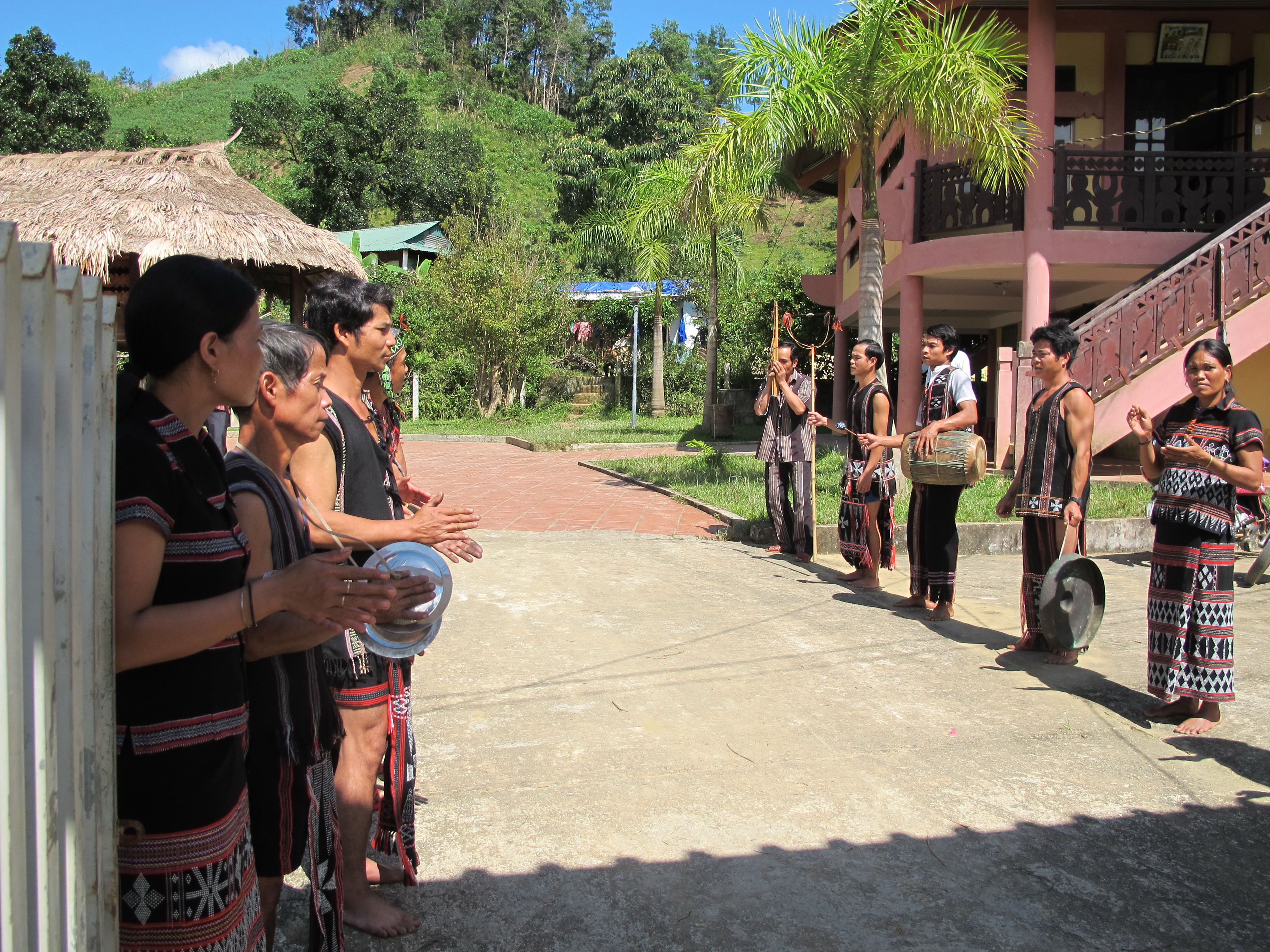 Ta Oi people in a remote district in the central Vietnamese province of Thua Thien-Hue now moonlight as tourism employees, offering tourists the opportunity to experience life as a member of an ethnic minority in Vietnam.

Since the establishment of the A Ka Community Tourism Village, a project backed by the Asian Development Bank (ADB) nearly five years ago, members of the Ta Oi ethnic group have begun supplementing their farming incomes with jobs serving visiting tourists.

When visitors plan to tour the village, the A Ka villagers are notified to skip their farm work for the day and prepare to treat the visitors to a typical Ta Oi cultural experience.

Tourists are seen at the entrance to the community tourism village. Photo: Liem Nguyen/Tuoi Tre News

The community tourism village offers guests the opportunity to taste local dishes cooked by Ta Oi women for VND80,000 (US$3.57), buy Dèng, a locally woven textile typical of the Ta Oi people, and lease bicycles to explore the famous Ho Chi Minh trail and visit the local forests and hot springs on their way to the area’s distant villages.

Visitors can stay the night in dorm rooms built for six to eight people at the affordable rate of VND100,000 ($4.46) per person per night.

During the middle of the tenth month of the lunar calendar, visitors can join locals in celebrating the Aza – the Ta Oi’s New Year festival – by gathering at the common house to play and dance in the two-to-three day celebration before they start a new rice crop.

Though the only English-speaking villager recently married and relocated to a neighboring hamlet, locals say that powerful smartphone apps, such as Google Translate, have nearly eliminated language barrier issues.

The ADB-backed project has raked in $11,700 in tourism revenue, and $18,000 from selling the souvenir textiles.

Two community tourism companies are in charge of operations at the A Ka village, recruiting 107 villagers, 48 percent of which are women, to be their staff.

Though the project seems to be doing well, the two companies admitted that weak promotion efforts have kept visitors at modest numbers.