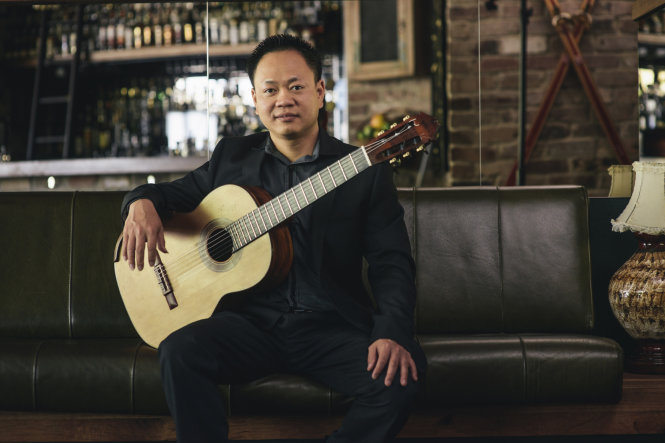 Vietnam’s young guitar talents handpicked by a prestigious jury will join international artists in the 2016 Saigon International Guitar Festival (SIGF), which will kick off in Ho Chi Minh City on Wednesday.

The participation of the young local guitarists is one of the new highlights of the annual festival, now in its third edition.

Running from December 7 to 11 at the Ho Chi Minh City Conservatory of Music, the 2016 Saigon International Guitar Festival features a series of activities, from concerts and master classes to lecture recitals and workshops.

Among the festival participants are such famous international guitarists as Hungary’s Andras Csaki; Callum Henshaw and Le Hoang Minh from Australia; and Japanese Naokia Ikuta.

Thai guitar talent Phoonatee Thakam, who won the second prize at Thailand International Guitar Festival 2016 and many other awards, will join the SIGF Exchange Concert with guitar students from Radford University (the U.S.) on the last day of the fest.

A focus on young talents

Although the SIGF takes place in December, the program to select prominent young guitarists to participate in the festival was initiated as early as July.

The selection was backed by the SIFG organizers, with a jury led by Dr. Robert Trent, a guitar professor at Radford University, and Vietnamese Australian Le Hoang Minh, performance teaching fellow with the Australian National University’s School of Music.

The recruitment contest was open to all Vietnamese guitarists under 30, who submitted self-filmed videos of their performances as entries.

The contest received 20 entries and ten finalists, both professional and amateur players of the musical instrument, were selected to join the SGIF. Five of the finalists are from Hanoi, four from Ho Chi Minh City and the other from the central city of Hue.

Nguyen Thanh Huy, dean of the guitar department at the Ho Chi Minh City Conservatory of Music, said the SGIF organizers hope that young guitarists’ participation in an international festival will give a boost to the development of the instrument in Vietnam.

“We do not want to have a festival where international artists will come and play, then leave,” Huy explained.

Huy said the festival must help build up a guitar-playing community across the country, and “that is why we put a focus on young guitarists for this third edition.”

Vietnamese guitar fans are now looking forward to the opening of the SGIF, as it promises diverse performances from professional and amateur, international and domestic guitarists.

“I were much impressed by performances by international guitarists in the previous SGIF, but still look forward to this year’s edition as young artists from Hanoi and Hue will also be onstage,” Nguyen Chi Binh, a diehard guitar fan, told Tuoi Tre (Youth) newspaper.

“I hope young Vietnamese artists will become fully fledged after such festivals.”