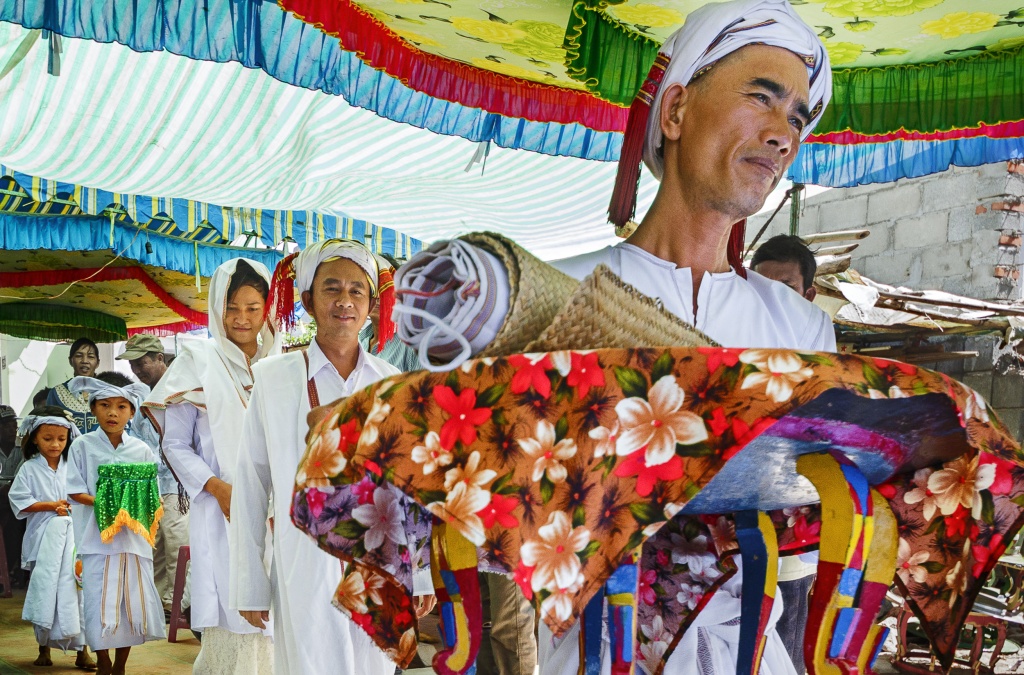 Wanna join a traditional wedding of Cham ethnic minority people in south-central Vietnam? Binh Thuan Province should be your choice.

Their long-cherished cultural legacy is manifest in their dialect, architecture, sculpture and folk art.

Their unique nuptial rituals, which are rich in religious elements, are also part of the heritage.

Couples and their families traditionally go through several steps including the dating rite and engagement ceremony before proceeding with the conjugal ceremonial, which can be held anytime within four months following the engagement.

Like several other ethnic minority communities, Cham people follow matriarchy – a social organizational form in which a relationship is determined through the female line.

As a result, the ceremony is typically held at the bride’s home, where a tent called Kajang likhah is erected and solemn rites are performed.

Intriguingly, newly-weds are banned from having sex until three days after the wedding.

Below are a series of photos by Ngo Quang Phuc showing a wedding ceremony of Cham people in Binh Thuan.

Relatives pray for blessings to be bestowed on the bride and groom.

The bride and her groom reverently perform kowtows to the head monk and clergymen, with the bride’s headwear covering her legs while she is prostrating herself.

Monk Chang conducts a rite before putting the ring on the bride’s finger after she announces her consent to the marriage.

The newly-weds perform their daily routines under an elder’s supervision during the first three days after the nuptial ceremony.