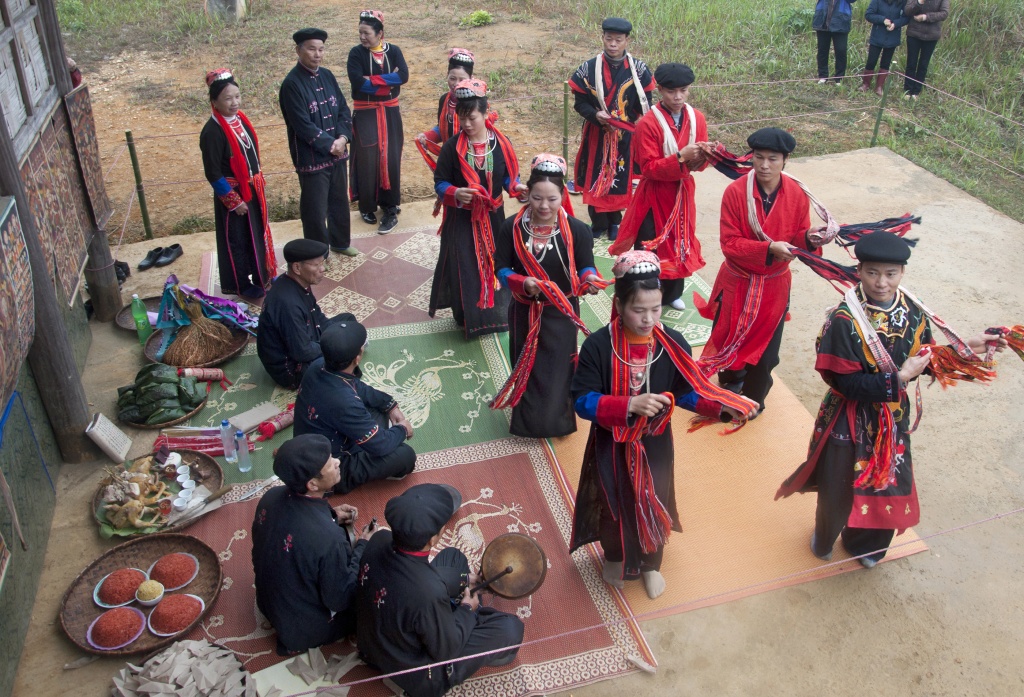 How ethnic people in northern Vietnam pray for bumper crops

Apart from marveling at the UNESCO-recognized Ha Long Bay, visitors to the northern province of Quang Ninh can experience the traditional crop ritual preformed by ethnic minority natives to pray for a bountiful season.

Among these time-honored rituals is the group’s crop prayer, a tradition that generally marks the onset of summertime and new crops.

The lineage head and his deputy then pray to the deities for auspicious weather, blessings, and bumper crops.

Offerings to Ban Vuong, the legendary ancestor of Dao Thanh Y people, are considered incomplete without a cluster of ripe rice stems.  The event is also meant to help families bury the hatchet, bolster solidarity and cement close-knit bonds among members of the lineage.

Most residents participate in the ritual at their own will and strictly abide by its rules.

Below are a series of photos by Hoang Ngoc Thach featuring the festival.

People gather at the lineage elder’s home to prepare offerings.

Selected men hold a chicken during the ritual.